...The example of those nations who prefer arbitration to war, law courts to the battlefield, must sooner or later influence the belligerent powers and make war as unpopular as pugilism is now. —Sir William Randal Cremer

(Taken from Cremer´s Nobel lecture given in 1905, two years after receiving the Nobel Peace Prize)

Sir William Randal Cremer, or Randal Cremer, as he preferred to be called, began life in poverty but became one of the first working class English MPs, a leader of the international peace movement of the late 19th century and the first individual winner of the Nobel Peace Prize.

Cremer was born in the small town of Fareham in the South of England on 18 March 1828.  His life got off to a rocky start when his father—a coach painter—deserted the family when he was an infant. Abandoned and impoverished, his mother was forced to raise Cremer and his two sisters on her own.

Cremer left school at the age of 12 to take a job in a local shipyard, working 12 hours a day. At 15 he became an apprentice carpenter.  Eager to continue his education, Cremer attended numerous lectures. One talk in particular made an indelible impression on the young man. The speaker advocated the settlement of international disputes by peaceful means, and it was a message he never forgot.

Moving to London aged 24, Cremer became actively involved in the workers’ movement. Later he helped to organize the campaign for a nine-hour day and went on to found a trade union for carpenters.

He increasingly turned his attention to the rights of workers abroad, particularly those drawn into conflicts in which they had no interest. In 1864, Cremer was elected secretary general of the International Working Men’s Association, which included Karl Marx and other prominent socialists as members. However, he resigned two years later, saying the organization was run by “men who cared more for their isms than for the real cause of progress”.

It was the Franco-Prussian War that spurred Cremer’s involvement in the peace movement. On 21 July 1870, Cremer held a public meeting of working men in London to oppose any British intervention. They formed a “peace committee” which evolved into the Workmen’s Peace Association (later becoming the International Arbitration League). It had the visionary goal of “advocating the settlement of all international disputes by arbitration, and the establishment of a High Court of Nations for that purpose”.

Keen to engage in formal politics, Cremer won a parliamentary seat in 1885, when border reform created a new constituency—Haggerston in London’s East End—made up almost of entirely of working class voters.

He soon began pushing his "practical politics" for peace in Parliament, where he became known as the “member for arbitration” after leading a delegation to Washington D.C. to present President Cleveland with a memorandum signed by 234 British MPs supporting an arbitration treaty between Britain and the United States.

At the same time, the French parliament was also considering Frédéric Passy's motion on arbitration. Seeing this development, Cremer wrote to Passy suggesting a meeting between British and French MPs to exchange views. They organized a meeting in Paris in October 1888. Despite the small attendance of 25 French and 9 British MPs, the group decided to meet in Paris the following year.

Their meeting at the Hotel Continental in Paris on 30 June 1889 was attended by 83 French and English MPs as well as 11 parliamentarians from 7 other countries. The gathering was institutionalized, and so the Inter-Parliamentary Conference, later called the Inter-Parliamentary Union (IPU), was founded. Frédéric Passy was elected President while Cremer became Vice-President.

Cremer’s passion for arbitration was the driving force behind the IPU’s major role in setting up the Permanent Court of Arbitration established in The Hague in 1899.

His efforts to create a more peaceful world were finally acknowledged in 1903 when he won the Nobel Peace Prize. He donated the £8,000 prize money to the International Arbitration League.

The 1906 IPU meeting was a personal triumph for Cremer. British Prime Minister Sir Henry Campbell-Bannerman welcomed 617 members of IPU to the House of Lords in London. Membership of the organization had reached 2,500 MPs with no fewer than 38 arbitration treaties signed by 38 powers.

The British politician also continued to campaign tirelessly on behalf of workers well into his later years. He was knighted in 1907 and died on 22 July 1908. 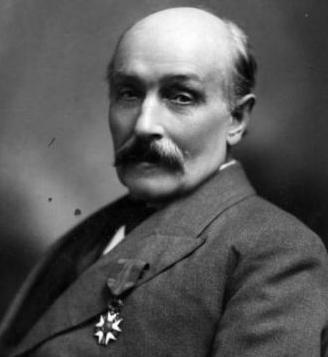