Rights and Duties of the Opposition in Parliament

The opposition is a useful and necessary component of democracy, especially in ensuring transparent and accountable government that serves the people's interest. The guidelines on the role and duties of the opposition in parliament were developed in the context of a series of seminars on relations between majority and minority parties in African parliaments in 1999. They are a first step towards a set of rules guaranteeing the effective contribution of the opposition to the democratic process. Though incomplete, they serve as a reference for political actors wishing to codify provisions governing the opposition. 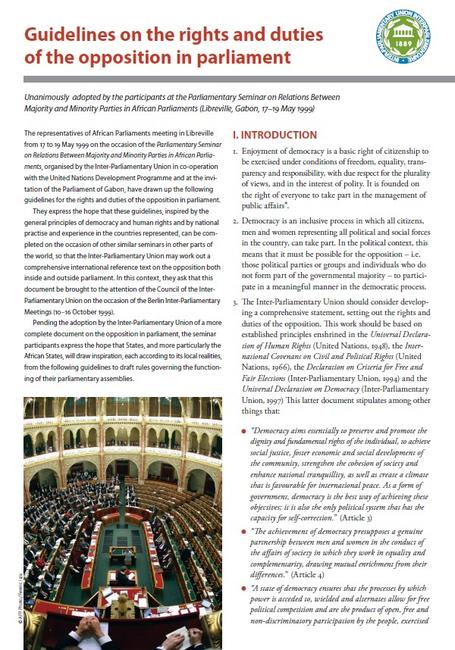