How we ensure gender equality

We use a variety of mechanisms and quotas to ensure that women are represented fairly on IPU bodies and at our Assemblies.

Sanctions can be imposed on Member Parliaments which consistently fail to meet these targets. Parliaments attending three consecutive IPU Assemblies without both men and women represented in their delegations have their voting rights reduced and the total number of delegates allowed to participate cut back by one. Similarly, Members attending the IPU Governing Council with an all female or all male delegation have two votes instead of three.

We have also introduced sweeping changes to our four permanent committees, including a provision that the bureaux which run them must now have a minimum of 30 per cent of men or women.

Over the years, the steadily increasing participation of women at IPU Assemblies has also been accompanied by women’s involvement in IPU decision-making bodies.

These changes have been driven by our Forum of Women Parliamentarians and the IPU Gender Partnership Group. Both bodies regularly monitor women’s representation and participation within IPU and study new measures to make progress on achieving equality within our Organization.

Our policy on gender mainstreaming, adopted in 2013, formally commits us to work against discrimination and for women's political empowerment and rights. The IPU also works to ensure gender parity on panels. The Secretary General has drawn up guidelines on how to achieve this. 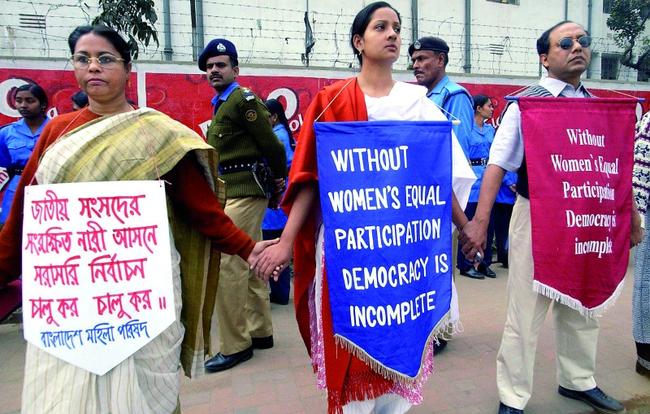