The Forum of Women Parliamentarians is a unique entity that has for more than 30 years provided women MPs a global platform to input into international decision-making.

The first of its kind and a trailblazer on the issue of women’s political participation, the Forum meets at every IPU Assembly.

Previously called the Meeting of Women Parliamentarians, the Forum leads our political work to redress the gender imbalance in political representation in national parliaments, within IPU bodies and at IPU Assemblies. It fosters democracy through action on parity and ensures a gender perspective in the decisions adopted by our Membership.

The Forum provides an opportunity for women MPs to learn about how other countries are addressing gender inequality. Over the years, it has proved to be an effective way of strengthening ties between women MPs across the world and in empowering women politicians. Male MPs may also contribute to the Forum’s work.

What began as an idea for a women’s caucus within the IPU among a small but active group of women in 1978, has since developed into a formal space within the Organization with the power to influence our policies, working methods and decisions.

Due to the work of this IPU body, our rules now require that any parliament with women members must include at least one in their delegations to statutory meetings. Some voting rights are affected if no women are included in delegations. 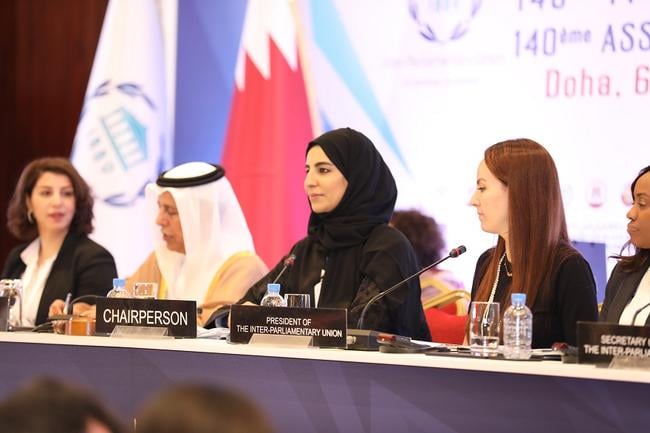