In 2012, the IPU Advisory Group on HIV/AIDS published a guide, Raising the Profile of HIV and AIDS in Your Parliament, which is intended to be a practical tool for parliamentarians who wish to organize themselves into cross-party groups and step up to the challenge that HIV presents. The Advisory Group believes that direct interaction with parliamentarians in their countries is the best way to put the guide into practice and inspire stronger parliamentary responses to HIV/AIDS. The Advisory Group field visit to Tanzania aims to do just that, as shown in its report. 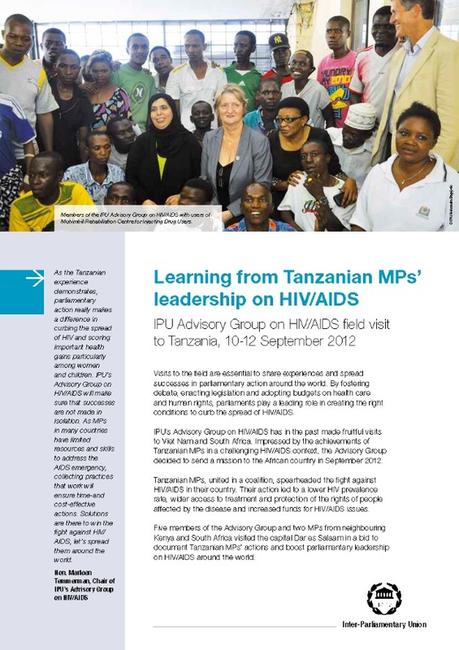