Published on the occasion of the 50th session of the United Nations Commission on the Status of Women which reviewed progress made in the implementation of the Beijing Platform for Action, this information kit is composed of six data sheets on women's participation in politics over the past 60 years:

Historical table on the institutional and legal evolution of States and the presence of women in national parliaments;
Progress and Setbacks of Women in National Parliaments between 01.07.1995 and 01.02.2006;
Women in the two parliamentary regional assemblies elected by direct suffrage: The Central American Parliament and the European Parliament;
A Chronology of Women Heads of State or Government: 1945 - 02.2006;
An Overview of Women in Parliament: 1945-2006;
The Participation of Women and Men in Decision-Making: The parliamentary dimension. 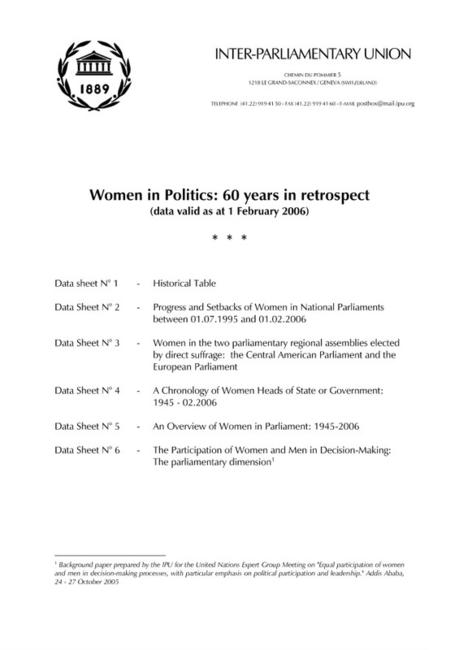