This paper summarizes the results of a worldwide survey on politicl party control over the exercise of the parliamentary mandate conducted in 2009-2010 by the Inter-Parliamentary Union. The notion of party control should be interpreted in a wider sense than loss of the parliamentary mandate by an MP as a result of conduct breaching party discipline. However, loss of the parliamentary seat is definitely the most severe consequence of the change of party membership or a breach of
party discipline by an MP. The IPU survey therefore focused on this aspect. This paper follows the same approach, making excursions into the neighbouring areas only to the extent necessary, and offers some basic recommendations. 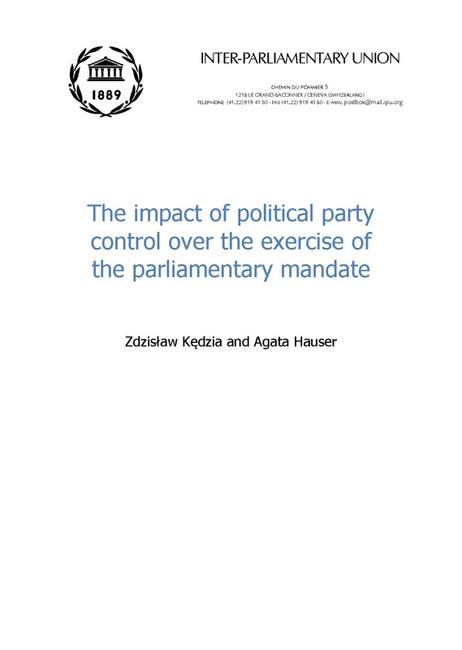