Go to the Speeches by IPU representatives at UN events; UN reports and resolutions on the relationship with the IPU; and texts of IPU documents circulated at the UN, 2017–2002. Those from 2018 onwards can be found here.

Read the Report of the UN Secretary-General on the interaction between the United Nations, national parliaments and the Inter-Parliamentary Union, 2018.

Read the 2018 Resolution of the UN General Assembly on the interaction between the United Nations, national parliaments and the Inter-Parliamentary Union (also available in French, Spanish, Arabic, Chinese and Russian). The list of UN Member States that sponsored the resolution can be found here.

Please fill out the 2019 Survey on parliamentary engagement with the United Nations. 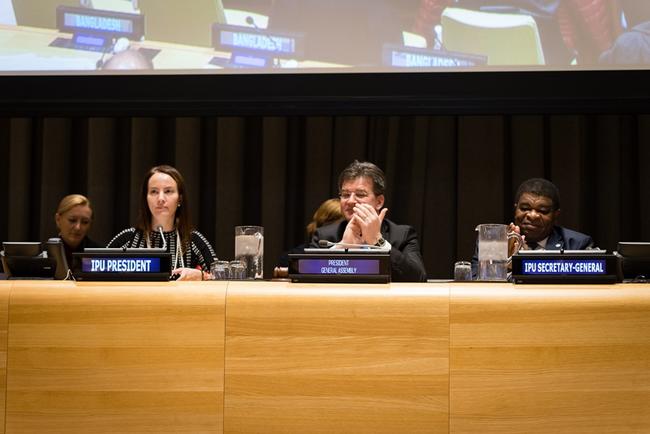