Countries around the world marked the International Day of Democracy in different ways. Click on the links below for more information.

The Algerian Parliament organized a seminar on 3 October using the IPU's theme for IDD 2018: "What if parliamentary oversight did not exist?" Participants at the seminar included Abdelkader Bensalah, President of the Council of the Nation; Mourad Medelci, President of the Constitutional Court; Mahdjoub Bedda, Minister of Relations with the Parliament, as well as MPs, members of national institutions, and researchers, experts and students of constitutional law. Topics discussed included Parliamentary Oversight in Legal Texts, and The Role of Parliamentary Oversight in Guaranteeing Balance of Power.

The Algerian Parliament has been observing IDD since 2009, with the Council of the Nation and the People's Assembly hosting the event on alternate years.

On the International Day of Democracy (IDD), the Parliament of Andorra published data on the oversight carried out during the current legislature. On 24 September, the Parliament  invited a school, Escola andorrana d'Encamp, to show how Competences for Democratic Culture, a Council of Europe project, was being put into practice, both within and outside the classroom. The presentation was followed by a rock concert given by the students.

The Parliament of Bahrain celebrated IDD in a number of events, some of which are listed below.

The President of the House of Representatives, Demetris Syllouris, made a special reference to IDD at the first plenary meeting of the House after summer recess. He said that parliaments, as representatives of the people, should listen to citizens’ concerns and protect their legitimate interests. He added that the crucial role of oversight that parliaments play should keep the government alert, so that democratic deficits are avoided. He pledged, on behalf of the Parliament, to actively contribute to the protection and promotion of democratic principles.

The National Assembly of Djibouti marked the International Day of Democracy in Adbouya, a village with a high population of nomads and where a primary school has opened recently. The theme for the day was “Reinforcing parliamentary oversight to meet the needs of the nomadic population” and was attended not only by the villagers and MPs, but also civil society and other development partners. The day gave citizens an opportunity to learn about Parliament’s work.

The Egyptian Parliament celebrated IDD by producing a video on its work, with a focus on oversight, this year’s theme for the Day.

On 13 September, the Parliament of Finland and Demo Finland held a seminar for IDD on parliamentary oversight. The seminar was opened by Deputy Speaker Tuula Haatainen, who discussed the state and future of democracy, and emphasized the role of civil society and citizen’s participation in safeguarding democracy. The Chair of Demo Finland, MP Päivi Räsänen said strong parliaments were needed to keep governments in check. The seminar also featured a panel discussion of representatives of all nine parliamentary parties.

Saeima, the Latvian Parliament, opened its doors to the public and held an exhibition called “At the Cradle of Latvia” on the country’s founding. Most of the visitors were school children.

The Pyidaungsu Hluttaw (the Assembly of the Union) held a commemorative ceremony to mark IDDwith the theme “Cohesive Oversight for an Enduring Democracy”. Speaker U T Khun Myat addressed the ceremony saying that parliaments were the “lifeblood of democracy”and added that “[t]he pace of democracy might be slow, but it is the only way to overcome 21st Century challenges”. He also urged all citizens to set aside ethnicity, religious, regional, ideology and political party differences for the sake of citizens’ overall socio-economic development. Messages from the President of Myanmar and the United Nations Secretary-General were also read out.

For IDD, the Pakistan Institute for Parliamentary Services invited Senator Faisal Javed, Chairperson Standing Committee on Information and Broadcasting and member of the ruling party, Pakistan Tehrik-i-Insaf, and Shahdia Akhter Ali, former member of Public Accounts Committee and member of the opposition party, Muttahida Majlis-e-Amal, to speak on oversight. The Institute also organized a parliamentary quiz for students.

The National Parliament of Timor-Leste marked IDD and the 21st anniversary of the Universal Declaration on Democracy with a conference on Celebrating Democracy. The conference was organized on 3 October with the UNTL – Universidade National Timor Lorosae, civil society organizations (CSOs) and other partners. The conference, which was opened by the President of Timor-Leste, Francisco Guterres Lú Olo, aimed to promote the importance of democracy in Timor-Leste and the region. Experts, national law-makers, CSOs, university students and women’s representatives discussed issues such as social media's effect on democracy, rising populism and inequalities, and gender equality.

A parliamentary public hearing was also held, based on the findings of the conference. This hearing provided parliamentarians with valuable feedback from experts, CSOs and citizens about the importance of enshrining democratic principles in the Constitution.

The Tunisian Parliament issued a declaration on IDD, reaffirming its commitment to reinforcing democracy, human rights, modernity and openness. The Parliament also congratulated the IPU on consolidating democracy through its work in strengthening parliaments. The declaration was published on the Parliament’s website and in national media.

In the lead-up to IDD, the British Group of the IPU convened an International Parliamentary Seminar on the Western Balkans from 10 to 12 September to discuss parliament’s role in pursuing the outcomes of the Western Balkans Summit hosted by the UK in July.  Around 60 British parliamentarians and civil society experts from across the region participated. The seminar aimed to create a parliamentary dimension to the intergovernmental Berlin Process, a vital peace, prosperity and security mechanism for the entire West Balkans region. On 15 September, BGIPU promoted IDD on social media and posted articles on its website, using material from the IPU. 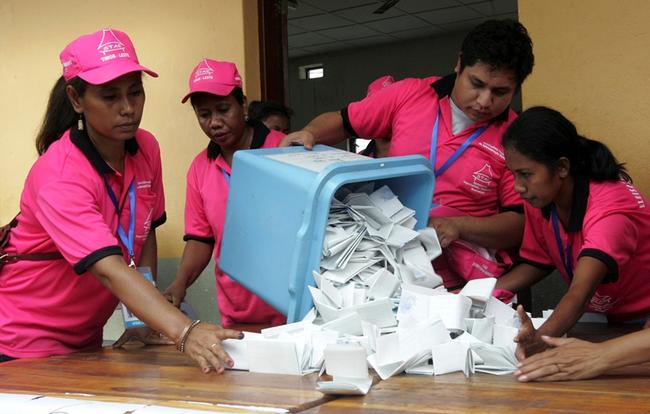 See also
International Day of Democracy 2018: What if parliamentary oversight did not exist?