Our President is the political head of our institution. He/she directs our activities, chairs full meetings and acts as our representative at global events and gatherings.

The President serves as head of our Executive Committee, which guides and monitors our work.

Our Presidents are all leading figures with a strong parliamentary background in their own country. They have included many Speakers and Presidents of Parliament, along with former prime ministers and MPs.

Presidents are elected for one mandate of three years only by our Governing Council. We try to ensure that there is a regular rotation between our geopolitical groups.

Our current President is Mexican MP Gabriela Cuevas Barron, who was elected in October 2017.

Gabriela Cuevas Barron, Mexican MP, has been in politics for the last 20 years. She was a senator from September 2012 to July 2018 and now holds a seat in the Chamber of Deputies. She is the Chairperson of the Foreign Relations Committee, which is responsible for the analysis of Mexico’s foreign policy. She is the 29th President of the Inter-Parliamentary Union.

Ms. Cuevas Barron was a member of the IPU Committee to Promote Respect for International Humanitarian Law (2014–2016), which she chaired for the first year, and she was also the internal auditor for the IPU in 2017.

Ms. Cuevas Barron first became involved with politics at the age of 15, when she joined the National Action Party (PAN), the main opposition force during Mexico’s transition towards democracy. Together with a group of young people, she founded the Fundación Educa México, A.C., which is committed to improving education in Mexico.

Ms. Cuevas Barron has worked to promote laws on human rights, gender equality, the fight against corruption, transparency and environmental protection. She is particularly active on the human rights of migrants and the protection of children. She supported reform to the Law of the Mexican Foreign Service so that Mexican migrants who were not registered at birth had the right to obtain birth certificates from the country’s consulates. She spearheaded the initiative to harmonize the Mexican Constitution on asylum and recognition of refugee status with international treaties, particularly in human rights and international humanitarian law. She has also worked extensively on promoting respect for the human rights of Central American migrants. At the IPU, she has also worked with the Bahrain Parliament as co-rapporteur on the role of parliamentarians in protecting the rights of children.

Ms. Cuevas Barron has participated in several international parliamentary forums such as the Euro-Latin American Parliamentary Assembly, where she co-chaired the Committee on Political Affairs, Security, and Human Rights; the Mexico-European Union Joint Parliamentary Committee; and the Pacific Alliance's Parliamentary Monitoring Committee. 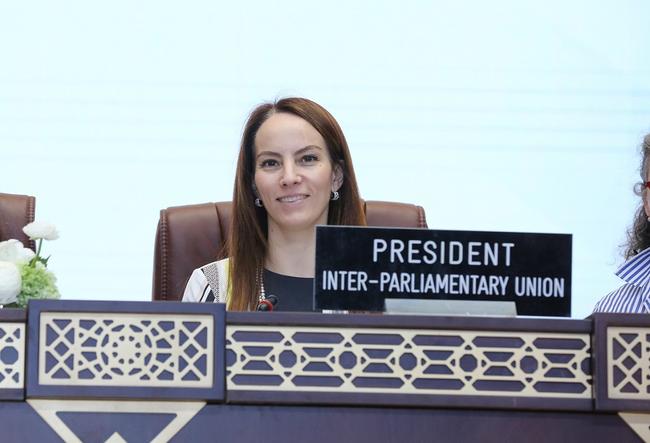