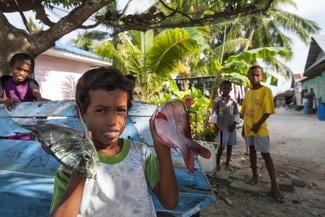 Children are the most vulnerable to the devastating effects of malnutrition.  ©Nicolas Cégalerba/Biosphoto

In a round of courtesy visits with new Permanent Representatives to the United Nations in Geneva, IPU Secretary General Martin Chungong met with Ambassadors Deyana Kostadinova of Bulgaria, Aviva Raz Shechter of Israel and Yackoley Johnson of Togo. “I am
Read more
News in brief

IPU Secretary General Martin Chungong congratulated the Egyptian Parliament on its 150th anniversary and called on all political stakeholders to reflect in this historical moment on the need to build a stronger and more democratic parliament. Addressing a ceremony in
Read more