The IPU mourns the death of Kofi Annan 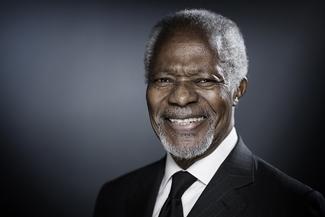 It is with great sadness that we learn that former UN Secretary-General Kofi Annan has passed away. He was one of the world’s great true leaders and an extraordinary diplomat who made an invaluable contribution to world peace, as demonstrated by the Nobel Peace Prize he received in 2001. He was also a moral beacon who inspired many the world over.

The IPU and the parliamentary community have lost a friend and a reformer. A visionary who opened the United Nations to civil society and the private sector, Mr. Annan also played a pivotal role in engaging parliaments and parliamentarians in tackling the global issues of our time, thus helping to turn international commitments into national realities.

He was closely associated with the First World Conference of Speakers of Parliament convened by the IPU in cooperation with the United Nations, in conjunction with the Millennium Summit. As a result, in their Millennium Declaration of September 2000, Heads of State and Governments, formally acknowledged for the first time the need for strong and systematic cooperation between the United Nations and national parliaments with the IPU acting as their world organization in the areas of peace and security, social and economic development, international law and democracy, human rights and gender equality, among others.

The IPU and its Member Parliaments express their deepest condolences to Mr. Annan's family, community and country.