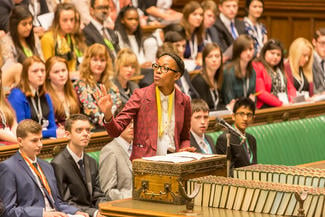 For the past decade, the IPU has been a pioneer in empowering young MPs and advocating measures to increase youth participation in politics. The IPU collects data, provides policy guidance, and organizes foras for young parliamentarians, such as the annual global conference of young MPs. The next edition of the conference, jointly organized by the IPU and the Paraguay Congress, will take place on 9-10 September in Asunción.

The IPU recommends a number of measures to help increase youth participation in parliaments. Electoral quotas established for young people in a growing number of countries worldwide are starting to have an effect. Aligning voter age with the age of eligibility for office also brings in a larger cohort of young candidates. Networks of young MPs, as well as caucuses addressing youth issues, have been established in around 17 per cent of parliaments covered in the recent IPU report. Parliamentary committees dealing with youth issues now exist in more than 40 per cent of countries; and 72 countries organize youth parliaments as a means of educating and engaging greater numbers of young people in politics.

The IPU has partnered with the World Future Council, an organization that discerns the Future Policy Award, a prize that recognizes visionary policies that benefit present and future generations. This year, the award will celebrate the best policies to empower young people. The winners of the 2019 Future Policy Award will be celebrated at a high-level award ceremony at the IPU’s 141st General Assembly in Belgrade, Serbia, in October.