How does IPU help parliaments combat violence against women?

Our programme to combat violence against women and girls takes different forms. Its central aim is to strengthen both women and men MPs in their duties by offering training, technical support and other assistance, so that they can work to maximum effect. We believe parliaments are central to challenging violence against women through passing appropriate legislation and enforcing it. Therefore we provide MPs with the practical resources needed to do both.

What areas of violence do you focus on?

We target all forms of abuse and violence against women and girls, including domestic violence, sexual assault, sexual harassment, female genital mutilation and child marriage. Many millions of women around the world continue to suffer from these and other forms of violence. All cultures and continents experience the problem, in peacetime and in conflict. As well as  preventing violence we also strengthen legislation which deals with perpetrators and protection, services and reparation for victims. IPU Members have given us a clear mandate that identified this as a priority.

How and where is this help delivered?

We work internationally, regionally and nationally to bring about change by working with men and women MPs. We particularly emphasize the role of men in advancing a culture of zero tolerance on violence against women and girls. Internationally, we bring together MPs, specialists and relevant bodies to share views, experiences and effective solutions. This exchange of knowledge between peers is a highly effective means of challenging and changing levels of violence.

We also hold regional seminars, which offer training, education and platforms for debate and consultation. They also involve MPs, specialists and other relevant groups. The seminars allow good practices and knowledge to be shared. Similarly to our international work, this has proved to be a very effective way of combating violence. These seminars have enabled participants to identify common strategies to address similar situations and specific forms of violence that affect all countries in a given region.

Within countries, we provide guidance on how laws can be framed and amended, and offer access to expertise and comparative global information on legislative frameworks.  We develop processes for consultation during the drafting and implementing of legislation, as well as running workshops and other training events. We also support MPs' efforts to raise awareness in their respective constituencies as a means of supporting the implementation of existing laws.

Does this assistance result in real change?

In several countries, our work has been translated into Bills, laws and amendments, and led to better-equipped and stronger MPs. These results show the power of committed parliamentarians. They carry hope and prospects for change in the lives of women throughout the world.

Can you cite some examples of this success?

In Maldives, we provided expertise and guidance on a private member’s Bill about domestic violence, which was adopted in 2012. We also advised on a Bill about sexual harassment, which was enacted in 2014.

In Burundi, we built the capacity of MPs to review and monitor legislation through advocacy training and community outreach activities on violence against women. MPs completed their training just before a government Bill on gender-based violence was sent to parliament for review. The support we gave to the National Assembly to improve the Bill resulted in 160 parliamentary amendments.

Other examples of our work include a study visit to South Africa and Zimbabwe for members of the Malawian Parliament, and a workshop in Tonga on implementing domestic violence legislation.

In Sierra Leone, we supported parliamentary outreach efforts. We trained MPs on how to address violence against women and girls by implementing more effective laws and using preventive measures. 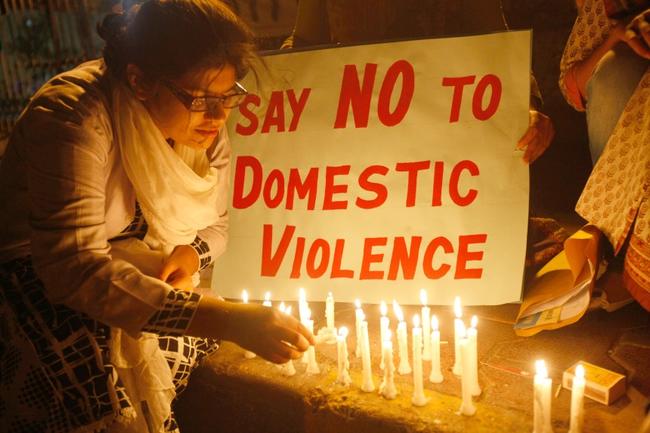