The UN passed the Convention on the Elimination of All Forms of Discrimination against Women (CEDAW) in 1979. While CEDAW has been widely ratified, much implementation work remains. Ever since its adoption, CEDAW has formed an integral part of our work in helping parliaments to advance gender equality.

The Convention sets out a comprehensive framework for women’s rights and gender equality. When a State signs up to the Convention, it legally commits to taking specific measures to make CEDAW a reality. Commitments include incorporating the principle of gender equality into the legal system; abolishing discriminatory laws; creating specific mechanisms and policies to eliminate all forms of gender-based prejudice, stereotyping and violence against women; and adopting measures to promote gender equality in all areas of life — from health and education to political decision-making and access to justice.

MPs can play an active role in ensuring that national laws, policies, programmes and budgets reflect the principles and obligations in the Convention. We work with MPs and parliaments to make sure their State’s commitments under CEDAW are met. We do this by raising their awareness of the Convention, helping them identify gaps in what is being done and guiding them towards solutions. We also encourage MPs to use their oversight powers to ensure that the laws they pass are effective and are being fully implemented. (See Working with the CEDAW Committee).

Some States register reservations when adopting the Convention on the grounds that certain provisions may be at odds with their own cultures or traditions. This is sometimes allowed to give States time to fully align their national laws and practices with the Convention. We work with parliaments to reassess the relevance of these reservations, ensure that the reforms needed to lift reservations are implemented and lift those that are no longer justified.

By December 2016, 189 countries had ratified the Convention. A separate Optional Protocol came into force in 2000, covering complaints procedures and inquiries. Since the Protocol was adopted, we have promoted its ratification in the parliamentary community.

Parliaments and their members have a significant role in implementing CEDAW. Indeed, the CEDAW Committee, which monitors progress on the Convention’s implementation, is the only UN treaty body to have adopted a policy on cooperation with parliaments and with the IPU. 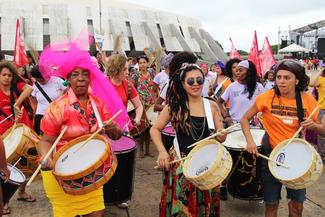 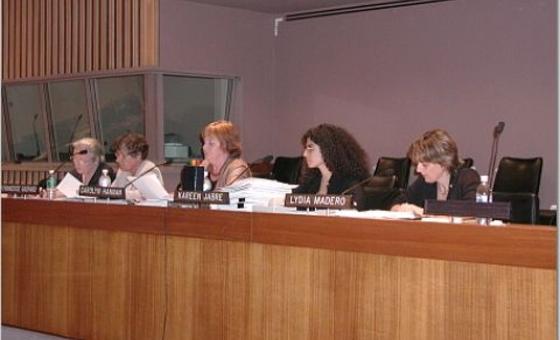 We help parliaments to engage with CEDAW and the Committee.

Working with the CEDAW Committee

We help parliaments to engage with CEDAW and the Committee in several ways. We raise MPs’ awareness of their role in ensuring that CEDAW is fully implemented. We also make MPs aware of how they can interact with the CEDAW Committee through the State reporting procedure.
Read more