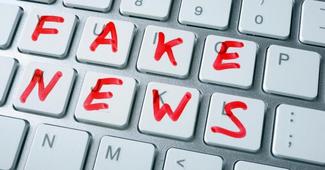 Disinformation and "fake news" have become an increasingly visible global phenomenon, accelerated by the ubiquity of smartphones and social media networks. Conscious of the potential risks for democracy, many parliaments are taking action.

In February 2019, the United Kingdom House of Commons Digital, Culture, Media and Sport (DCMS) Select Committee published its final report on Disinformation and "fake news" at the end of an 18-month inquiry. In the report, the Committee calls for a compulsory code of ethics for tech companies overseen by an independent regulator, additional powers for the regulator to launch legal action against companies breaching the code, and for reform to electoral communications laws and rules on overseas involvement in elections. The report also recommends creating an obligation for social media companies to take down known sources of harmful content, including proven sources of disinformation.

Indeed, parliaments from all continents have been involved in a legislative response. The International Fact-Checking Network from the Poynter School of Journalism maintains a list of " anti-misinformation actions around the world".

Recently, parliamentarians have debated the "do’s and don’ts" of how to react to fake news at the IPU Assembly in October 2018 and the World e-Parliament Conference. An expert hearing on parliamentary action to combat disinformation and "fake news" will be organized by the IPU’s Standing Committee on Democracy and Human Rights when it meets at the IPU Assembly in Doha (Qatar) in April 2019.

Links to the text of legislation on "fake news" adopted in 2017 or later in France, Germany, Kenya and Malaysia.