The IPU's publications are primarily meant for parliamentarians and policy makers. They range from general information, practical handbooks, to infographics. Many of the publications are available in multiple languages.

On Parline, the IPU has pooled all of its data into one hub, allowing the user to see trends over time, as well as compare progress or regression between different regions of the world. The data covers a wide range of themes; for example, the number of chambers, a monthly ranking of the women in parliament, the number of laws initiated by parliament and the average age of MPs.

The IPU also has a database of all its resolutions, declarations or outcome documents that underline a common position from IPU Member Parliaments. 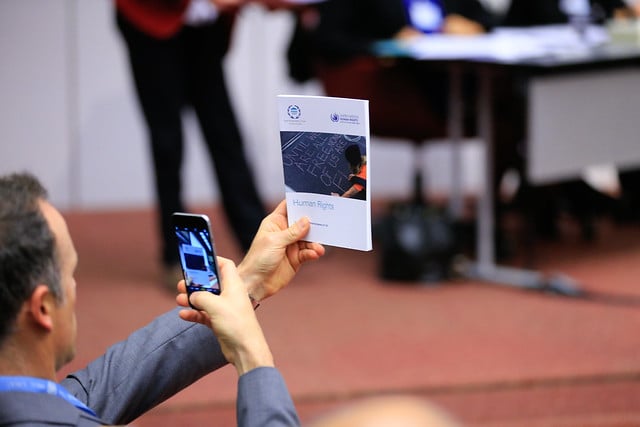 Publications
Download the IPU’s wide range of publications, designed for parliamentarians and policy-makers. If you would like to translate one of the IPU’s publications or order hard copies, please contact [email protected]
Handbooks

The path towards universal health coverage 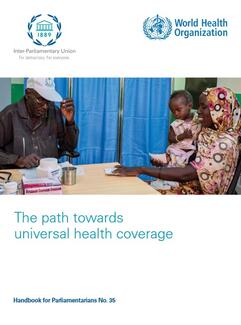 Universal health coverage (UHC) means that all people have access to the health services they need, when and where they need them, without financial hardship. UHC can be seen as the practical expression of the right to health, which was
Read more
Infographics

Violations of the human rights of MPs – 2022 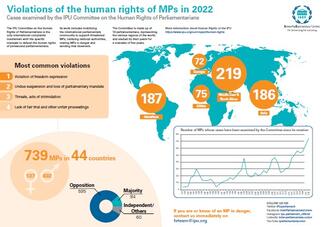 The IPU Committee on the Human Rights of Parliamentarians is the only international mechanism with the remit of protecting and defending MPs suffering human right violations. This map lists the number of human rights cases examined by the Committee in
Read more
Reports

The 2020 World e-Parliament Report captured a picture of parliaments going through a phase of enforced innovation and learning to rapidly embed new ways of working supported by information and communications technologies (ICT). The research behind this 2022 report set
Read more
END_OF_DOCUMENT_TOKEN_TO_BE_REPLACED
Parline Data

Most IPU events end with a resolution, a declaration or an outcome document that underlines a common position from IPU Member Parliaments

Go to Resolutions and outcomes
Women in Politics

Facts and figures about women's participation in parliament.