We are deeply committed to the principle of men and women sharing responsibility and decision-making.

We have put this into practice in our own organization, as well as driving change in parliaments and societies around the world. We don't just talk about gender equality - we are making it a reality.

This principle applies both at the events we run and in our own structures and staff. We use a variety of mechanisms, including sanctions, to ensure gender equality.

The results are clearly visible. In 1978, only 7.7 per cent of our Assembly delegates were women. Now, women MPs regularly account for about 30 per cent of participants and at times, more. The target is to achieve parity.

We have become a role model in the field of gender equality in decision-making. Having been the first organization of our kind to codify our commitment to women's representation and responsibilities, other groups and organizations use our experience for guidance on how to introduce similar policies.

Our Gender Partnership Group ensure the views of both men and women are taken into account in the changes we make.

In October 2013 we also formally adopted a policy on gender mainstreaming, guaranteeing that equality will be placed at the heart of all our work.

Our Secretary General, Martin Chungong is an International Gender Champion, part of a network of decision makers, male and female, who have committed to breaking down gender barriers. He believes that “gender equality is the responsibility of all and progress will only be achieved if we all play our part. We need to challenge those who have not been playing theirs.”

Paddy Torsney, Permanent Observer in the IPU’s New York office, is also an International Gender Champion. “We must work hard to ensure our society is not overlooking the best ideas for action and the best leaders and implementers simply because of their gender,” she says. 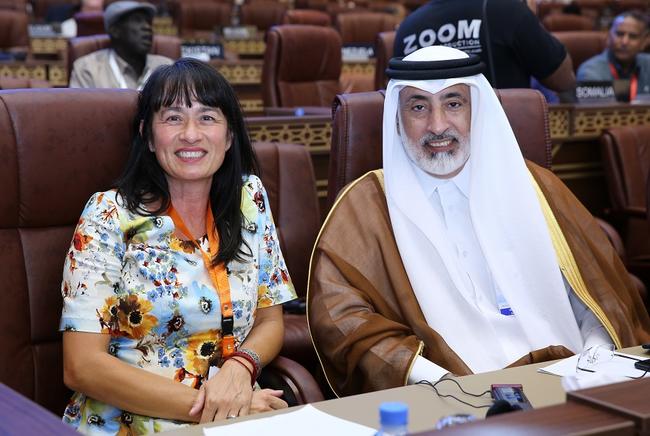