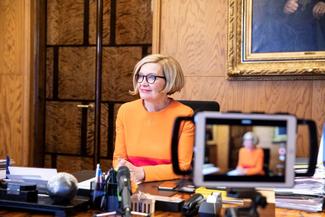 Paula Risikko during a Facebook Live session in 2018. © Parliament of Finland

The Eduskunta, Finland’s parliament, launched Facebook Live sessions in May 2018 after the parliament’s Speaker at the time, Paula Risikko felt the need to interact more with citizens and allow them to understand their representatives’ choices.

Since May 2018, the Eduskunta has held four “Ask the Speaker” Facebook live sessions of thirty minutes each, where the Speaker of the Parliament answered parliament-related questions from Finnish citizens.

In an interview for the Innovation Tracker, Rami Kurth, Information Officer of the Finnish Parliament, explained that he considered Facebook was the most suitable platform for the type of audience with which they sought to engage: everyday citizens who do not necessarily have an expertise on parliamentary subjects. Previously, the Eduskunta once held a Twitter Live session, but the audience was mostly journalists, experts and researchers. The topic of that Twitter Live session was also quite specific, as it regarded the upcoming Finnish Presidency of the Council of the European Union. On Facebook, citizens felt perhaps more at ease to engage.

When Parliament started with Facebook Live, they prepared a working paper on the concept and the technical set-up, but not specific guidelines. It was a matter of trying it out, and seeing how it would go. The use of social media made the process very easy as there was no need for large technology investments, except for a few modern day devices – two tablets, one large screen to view incoming questions. Four people were in the room, the Speaker of Parliament, two moderators and an assistant. 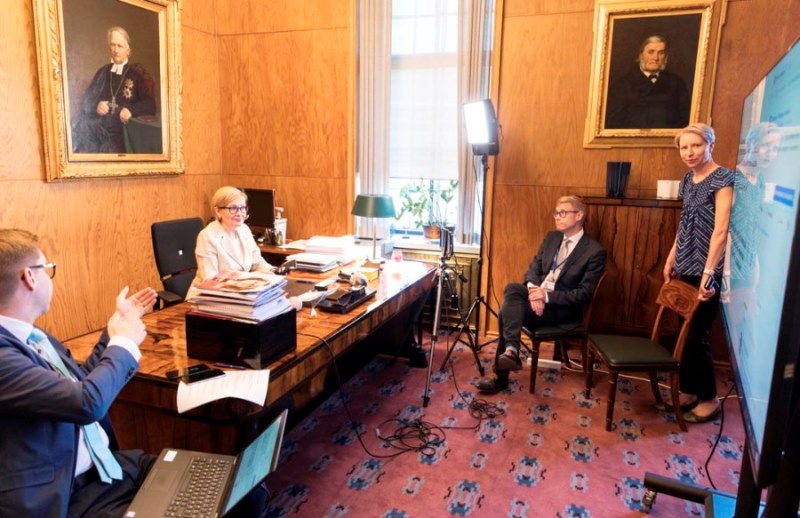 Citizens could send their questions before-hand and during the live session as well. Fierce criticism and opinions were permitted. Given the risks inherent in social networks, existing guidelines for Facebook moderation were therefore re-used (e.g. no hate language, threats or abuse , as well as no media or links policy in the comments allowed).

Each session was advertised in advance through Facebook Events, which also allowed the Parliament’s account to grow its following. Up to 4’500 citizens engaged in the first four live sessions with the Speaker of the Finnish Parliament. In terms of impact, Mr. Kurth noted that Facebook basic analytic tools indicate only the reach of each session, and other tools should be developed to fully measure yet the impact of those sessions on citizens. While the number of citizens participating did not change much from one session to the next, there was a considerable increase in the amount of questions sent over the year. Questions became so numerous that they could not all be answered in the time allotted and either had to be answered through online comments by moderators, or kept for a future session.

Parliamentary elections were held in April 2019. The future of the Facebook Live sessions will depend on the new leadership. Information Officer Rami Kurth also shared Parliament’s wish to host live sessions on its new in-house webcasting platform, which is currently used for webcasting committee or plenary sessions. If Facebook were to one day disappear, all the Facebook Live sessions would too. By hosting them on its own platform, the Parliament would own the recordings and have them available at any time.