South Africa’s digital innovations in a time of pandemic 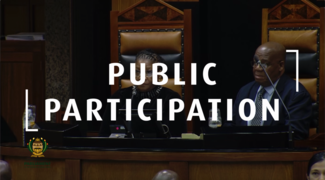 With the outbreak of the COVID-19 pandemic, the South African parliament was quick to adopt digital innovations to ensure continuity of parliamentary functions. Parliamentary meetings were held entirely virtually or in a hybrid format. Several parliamentary rooms are currently being equipped to meet the needs for holding hybrid committee, National Council of Provinces and National Assembly meetings.

In an effort to strengthen public participation, the multiplatform messaging application WhatsApp is being utilized for public deliberation and citizens’ feedback on bills. Citizens can submit proposals on parliament’s lawmaking and other processes through the popular messenger app.

Other digital innovations adopted in South Africa include a state-of-the-art studio which enables MPs to communicate directly on legislative issues in real time or making use of public broadcasting services to educate about parliamentary activity, such the South African parliament’s iono.fm stream here.