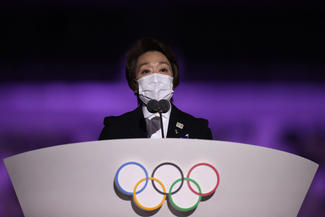 On this occasion of the Tokyo 2020 Olympic and Paralympic Games, the IPU honours MPs who were once Olympic athletes. Judging from the number of Olympians serving in the world’s parliaments, it could be argued that the drive and commitment required to become a world-class athlete are the same qualities necessary for excellence in parliamentary work. There are hundreds of such exceptional MPs scattered across every region of the world, both retired and currently serving. Their character and dedication are exemplified by the following individuals:

Seiko Hashimoto was born days before Japan hosted the 1964 Summer Games and her first name incorporates the same kanji character used for the Olympic flame. She lived up to it by taking part in four Winter Olympics as a speed skater (1984–1994) and three Summer Olympics as a cyclist (1988–1996). She won the bronze medal in the 1,500 m speed skating event in her third Winter Olympic appearance at the 1992 Winter Olympics in Albertville, France.

She was then elected to the House of Councilors in 1995, winning re-election in three subsequent elections. She served as Vice-Minister for Hokkaido Development from 2000 to 2001, as Chair of the Education Committee from 2001 to 2003, as Deputy Secretary‑General of the Liberal Democratic Party from 2003, and as State Secretary (senior vice-minister) for Foreign Affairs in the Taro Aso administration in 2008 and 2009.

She is now a familiar face to everyone who watched the opening ceremony as she is the current President of the Tokyo 2020 Organizing Committee.

Cowdrey contested and won the seat of Colton for the Liberal Party at the 2018 state election in South Australia.

Nawal El Moutawakel is a former hurdler who won the inaugural women's 400-meter hurdles event at the 1984 Summer Olympics in Los Angeles. In doing so, she became the first female Muslim born in Africa to become an Olympic gold medalist.

In 2007, El Moutawakel was named Minister of Sports in the Cabinet of Morocco, which is the chief executive body of the Kingdom of Morocco. The 25 ministers in the Cabinet are chosen by the prime minister after consultation with other parties forming the government coalition, then validated and appointed by the King.

In his youth, Felipe Muñoz was a world-class breaststroke swimmer. He competed at the 1968 Summer Olympics in Mexico City and the 1972 Summer Olympics in Munich. In 1968, at age 17, he won the Olympic gold medal in the 200-meter breaststroke event. Ten days into that Olympics, Mexico had yet to win a gold medal, and the swim contest has been described as one of the most emotional in Mexican Olympic history. Understandably, winning the gold in his home nation set off celebrations across the country.

In 2012 he began serving as Deputy of the LXII Legislature of the Mexican Congress for a term of three years.

Sandra Perković is a Croatian discus thrower. She is a two-time Olympic (2012, 2016) and two-time World (2013, 2017) champion and a five-time European champion (2010, 2012, 2014, 2016, 2018). She is the only individual who has won five gold medals at the European Athletics Championships in one event. At the 2016 Summer Olympics in Rio de Janeiro, she successfully defended her Olympic title by winning a second consecutive gold medal.

She became a member of the Croatian Parliament after the 2015 general election for the 8th Sabor legislative session. During this term, she served as a member of the Parliament's Committee on Family, Youth and Sports.

David Anderson rowed with the Canadian men's eights crew and won a silver medal at the 1959 Pan American Games in Chicago. He repeated the feat a year later at the 1960 Olympic Games in Rome.

In the 1993 federal general election Anderson re-entered elected politics. He was elected MP for Victoria and retained this position for three subsequent elections, ending when he retired from politics in January 2006. 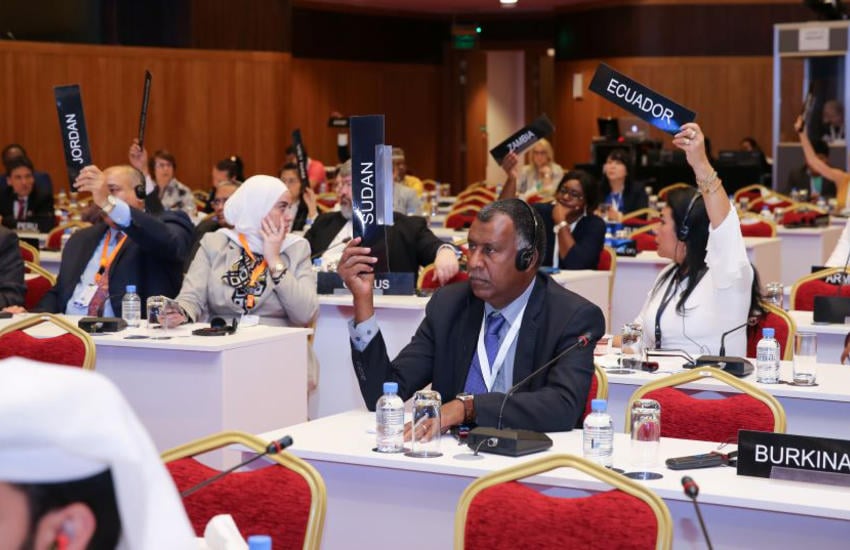 In a recent survey of IPU Member Parliaments, 31 per cent of respondents confirmed that new legislation had been put in place as a direct result of IPU assemblies, programmes, initiatives and resolutions. Of the sample, 75 per cent also
Read more
Case studies

Climate change has no simple solutions – that’s why the IPU has partnered with the Grantham Research Institute of the London School of Economics (LSE) to create an easy-to-access legislation database to share good practices among parliamentarians globally. Here’s how it can help parliamentarians tackle climate change.
Read more
Press releases 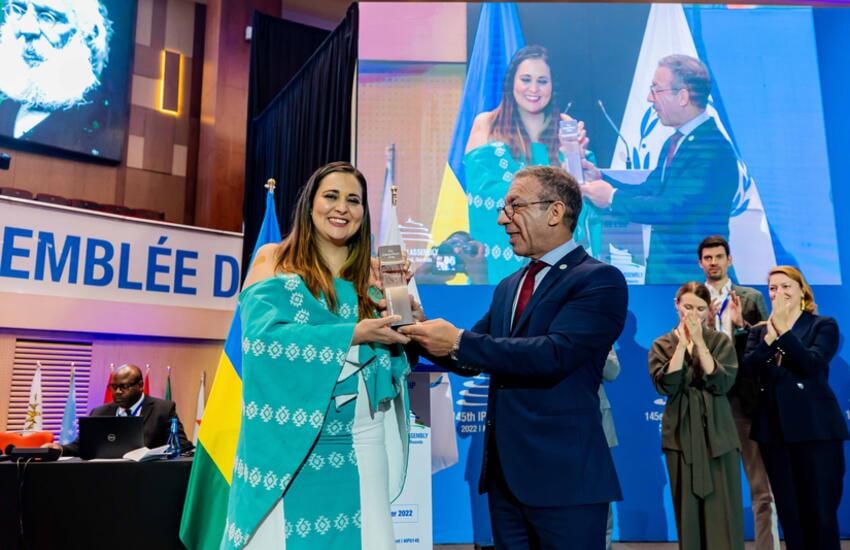 Ms. Cynthia Lopez Castro of Mexico, and the Chairman and all the Members of the Verkhovna Rada of Ukraine have been awarded the first Cremer-Passy Prize at the 145th IPU Assembly in Kigali, Rwanda. The prize is named after the
Read more