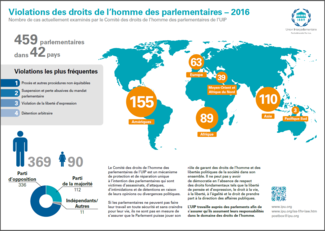 2016 has seen a sharp increase in the number of parliamentarians who have suffered human rights violations.

The year 2016 has seen a sharp increase in the number of parliamentarians who have suffered violations of their fundamental rights or who have alleged such violations, according to IPU statistics that underscore once more the dangers MPs face across the world in exercising their mandate and their right to freedom of expression.

Marking Human Rights Day 2016 (10 December), IPU released Human Rights Abuses of MPs—2016. This comprehensive overview of the cases being examined by IPU’s Committee on the Human Rights of Parliamentarians shows an overall increase in violations of MPs human rights for the third year in a row.

Compared with previous years, 2016 has seen a surge of new cases in Latin America, Europe and, to a lesser extent, Asia, and a significant decrease of cases in Africa and in the Middle East and North Africa (MENA). Cases concerning parliamentarians in the South Pacific have been referred to the Committee for the first time in recent years.

Most of these MPs are opposition parliamentarians (73%), although a significant 25% of MPs come from ruling parties. Overall, 80% of the MPs concerned are men and 20% cent women (against 88% and 12% respectively in 2015).

Violations of freedom of expression remain relatively stable (with a 2% increase compared to 2015) while arbitrary arrests and detentions decreased significantly (10.8% in 2016 against 18.7% in 2015).

“These figures are deeply worrying. IPU is concerned about the growing recourse to court action and unlawful exclusion from political life as a means of silencing critical voices. Using judicial proceedings as a tool to punish peaceful political dissent reveals a disturbing pattern of repression that undermines the ability of parliamentarians and parliaments to fulfil their institutional mission,” says IPU Secretary General, Martin Chungong.

“Amidst increasing levels of retaliation against MPs for exercising their freedom of expression across the world, it is now more imperative than ever that parliamentarians demonstrate greater solidarity with those peers whose fundamental rights have been violated,” he added.

At its 135th Assembly held in Geneva in October, IPU committed to create and implement effective procedures to ensure MPs can freely express themselves without fear of reprisals, including by ensuring respect for the principle of parliamentary immunity.

Addressing the role of parliaments as early responders to human rights abuses, MPs pledged to lead by example and speak out against human rights violations wherever they occur while ensuring that every citizen who claims that his or her fundamental rights have not been respected can seek effective remedy before an independent domestic body.

Africa — The Committee reviewed the cases of 89 MPs from 10 African countries (Burundi, Cameroon, DRC, Eritrea, Kenya, Madagascar, Niger, Rwanda, Zambia and Zimbabwe). The number has significantly dropped compared to previous years (114 in 2015 and 119 in 2014).

Four countries have continued to have a large number of MPs with cases before the Committee: DRC with the examination of allegations concerning a total of 36 parliamentarians, Zambia (14), Madagascar (12) and Eritrea (11).

The most common alleged violations alleged remained largely unchanged, with lack of fair trial and other unfair proceedings as the most frequent violation reported (26%), followed by arbitrary arrests (16%) and undue suspension or revocation of parliamentary mandate (16%).

A sudden surge of new alleged violations accounts for this new trend, particularly two new cases concerning 84 MPs in El Salvador and 21 MPs in Nicaragua. Venezuela has also witnessed an increase and reached a total of 20 MPs at the end of 2016.

Lack of fair trial and other unfair proceedings (38.8%) were the most frequent type of alleged violation, followed closely by the undue suspension or revocation of the parliamentary mandate (36.6%) and violations of freedom of expression (10.2%).

Asia — Asia accounted for the second largest number of MPs alleging violations of their rights with 110 MPs from 13 countries: Afghanistan, Bangladesh, Cambodia, Indonesia, Malaysia, Maldives, Mongolia, Myanmar, Pakistan, Philippines, Republic of Korea, Sri Lanka and Thailand. 2016 saw a slight increase in comparison with 2015 and 2014 when the cases of 94 and 78 MPs, respectively, were under review.

Over half of the victims of abuse in Asia come from three countries: the Maldives (33), Malaysia (21) and Cambodia (15).

Violations of freedom of expression (24.7%) and arbitrary arrest and detention (18.3%) have continued to be the most frequent alleged violations, followed by torture and ill-treatment (13.3%) and lack of fair trial and other unfair proceedings (12.3%).

Europe — The Committee examined the situation of 63 parliamentarians in three countries (Belarus, Russian Federation and Turkey). The referral of a collective case concerning 55 MPs in Turkey accounted for this marked increase of cases in Europe in 2016.

The most frequent alleged violations again concerned freedom of assembly and association (26.4%), followed—at an equal ranking (23.2%)—by violations of freedom of expression, unlawful suspension and revocation of parliamentary mandate and lack of fair trial and other unfair proceedings.

Arbitrary arrests and detentions remained as the top violations reported (25.3%), followed by lack of fair trial and other unfair proceedings (16.1%), undue suspension or revocation of the parliamentary mandate (12.6%), and violations of freedom of expression (10.3%).

Pacific — The Committee examined three cases from the Southern Pacific. Allegations were related to the undue suspension of the parliamentary mandate of MPs in Fiji.

IPU marks this year the 40th anniversary of the Committee on the Human Rights of Parliamentarians, which works to protect or seek redress for MPs whose rights have been abused.

On the basis of two key principles—“Never give up” and “Help us to help parliamentarians under threat”—the Committee has examined 2,500 cases in 109 countries since 1976, working tirelessly to persuade and pressure the authorities until a solution is found.

Animated film: “Fight for the rights of persecuted MPs—Fight for strong democratic parliaments serving the people”

The Committee in a nutshell

Parliamentary solidarity: How you can help? 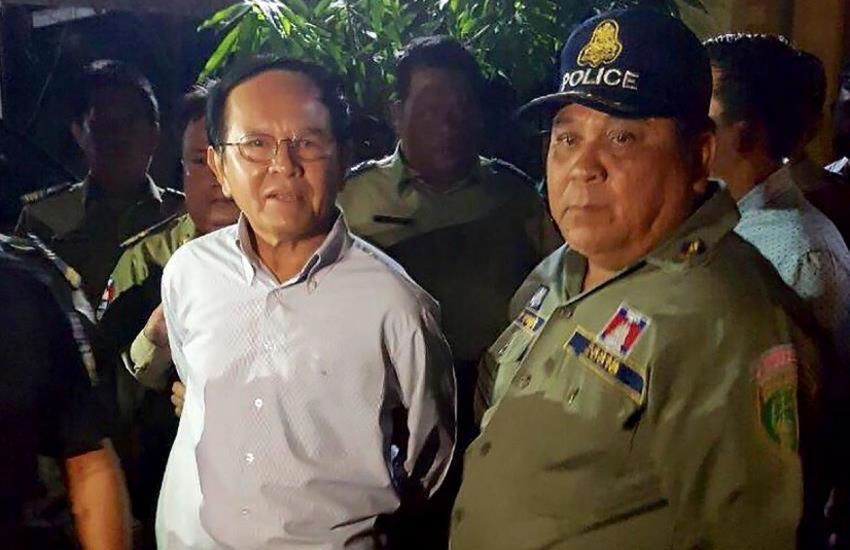 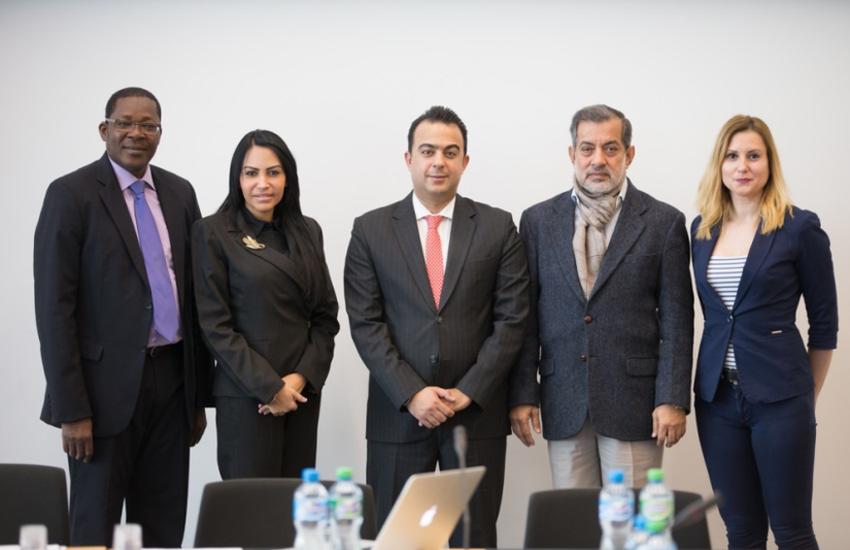 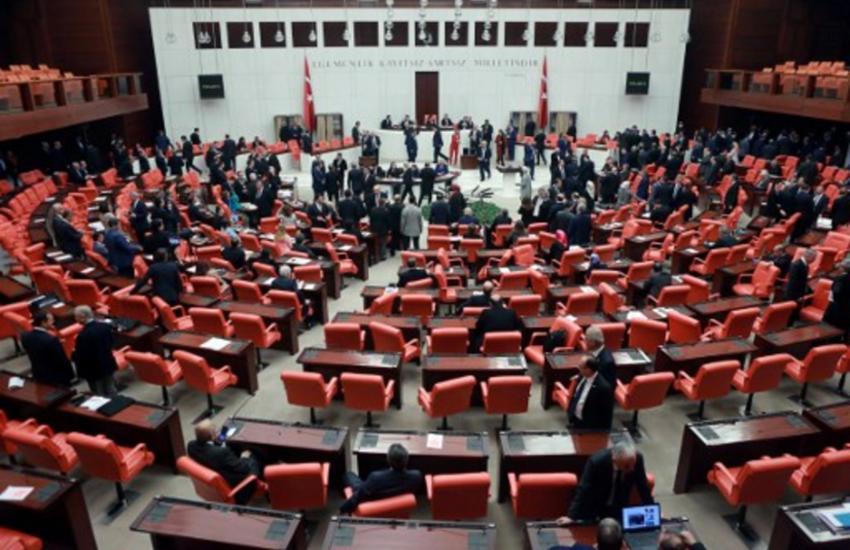 The Inter-Parliamentary Union (IPU) has again expressed concern about continued human rights violations against MPs worldwide and the lack of respect for their parliamentary immunity. During its January 2017 session, IPU’s Committee on the Human Rights of Parliamentarians adopted decisions on the cases of 227 MPs from 16 countries. Over 100 MPs are from just three countries, Malaysia, Nicaragua and Turkey.
Read more