The Handbook explains in practical terms the rationale and objectives of a new Convention on the Rights of Persons with Disabilities and its Optional Protocol. It also delves into the ways in which parliaments can translate the rights and principles at the core of the Convention into tangible action on the home front. The Handbook, a joint publication of the IPU, the United Nations Department of Economic and Social Affairs, and the Office of the United Nations High Commissioner for Human Rights, was released in English at the 117th IPU Assembly in Geneva (8-10 October 2007). French, Spanish and Arabic translations will become available in the spring of 2008. 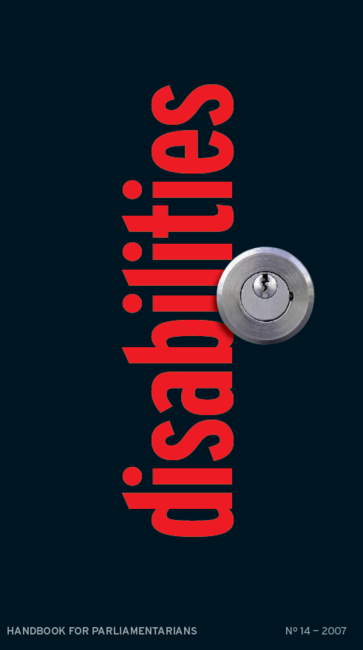