How to put an end to the practice of female genital mutilation?

Every 10 seconds, somewhere in the world, a little girl is a victim of genital mutilation. Three million girls are excised every year. To mark the International Day of Zero Tolerance to FGM on 6 February 2008, more than 100 representatives of international organizations, civil society, media, diplomatic missions and the local authorities in Geneva gathered at The House of Parliaments to discuss ways of putting an end to this harmful practice. The IPU, the Département des Institutions de l’Etat de Genève (Geneva Department of Institutions), the International Organization for Migration and the Inter-African Committee on Traditional Practices decided to join forces to put an end to this human tragedy. This publication contains the experts' contributions, extracts of the debates and conclusions of the seminar, as well as an interview with a former Speaker of the National Assembly of Burkina Faso, who is also a traditional chief, and the Declaration of the Conference “Violence against Women, Abandoning FGM” held in Dakar (Senegal) in 2005. 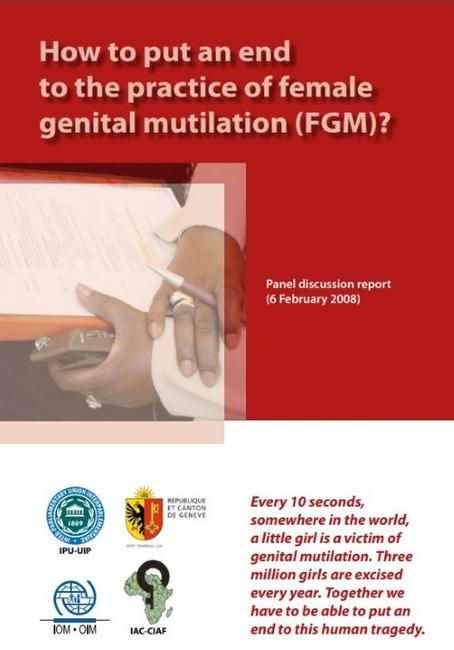