To ensure the continuity of legislative work during the COVID-19 pandemic – when social distancing became a major concern – on 17 March, the Brazilian Chamber of Deputies approved Resolution 14/2020 on virtual plenary sessions.

The path to a virtual parliament had actually been established several months earlier, when the Brazilian members of parliament approved Resolution 12/2019 on the digital legislative process in the Brazilian Chamber of Deputies. Combined, the resolutions laid the perfect ground for developing a broad digital solution to support the remote work of 513 MPs (see video).

Only eight days after Resolution 14/2020 had been approved, the first virtual plenary sitting was held. Two days later, members of parliament were able to participate in virtual sittings using the Infoleg App on their mobile devices. 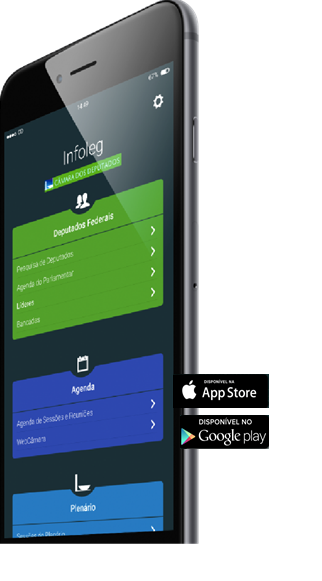 © Chamber of Deputies of Brazil

Developed by its own technical staff, the Infoleg App offers a virtual plenary structure, a set of internal legislative systems, and a videoconferencing service. Virtual sittings are designed to be held in a hybrid mode to cover MPs inside and outside the Chamber. This flexibility allows for holding sittings not only during the various phases of the COVID-19 pandemic, but will also act as a contingency strategy after the crisis.

Each detail of a plenary sitting has been carefully thought through. For example, attendance registration and speakers’ lists are opened two hours prior to a sitting, or citizens can follow on the app or the Chamber’s website the MPs who are registered to speak.

The app also gives access to information and allows for actions linked to the voting process. For example, one function allows leaders to communicate, before voting, their orientation to all MPs. Infoleg also alerts MPs when voting opens and when it closes.

The biggest concern was the question of security. In addition to a password, many steps of authentication and an encrypted channel were set up to offer MPs a safe environment. The authentication process is user friendly and, in addition to other steps, members of parliament can also use their smartphones’ biometric recognition features (facial, iris or fingerprint) to this end.

In addition to Infoleg, during the pandemic, the Brazilian Chamber of Deputies also launched a system which allows MPs to submit bills remotely. Each bill or amendment is digitally authenticated as it moves through the legislative process to the virtual plenary. This function also covers other phases of the legislative process and the works of committees.

Regarding the broadcasting service, videoconferencing works independently on the various systems – the app and other legislative systems. The videoconferencing platform allows the President of the Chamber to see all the MPs; it also focuses on the leaders and has an additional screen that focuses on all of them.

Transparency – one of the main pillars of accountability –is guaranteed in a number of ways: the transmission of sessions – on TV, a YouTube channel, as well as the parliament’s website; information that is accessible to citizens through the app; and open data.

After three months and more than 44 virtual plenary sittings, a comparison of the same period in 2019 and 2020 showed that:

It is thanks to strategic decisions taken and long-term investments in IT before the pandemic that this success was achieved.

As stated in its last IT strategic plan, the IT Directorate developed an app to provide legislative information to citizens. This app became the central axis of the whole virtual plenary solution and helped develop a system to allow MPs to submit bills and amendments remotely which marked the beginning of a digital legislative process.

In 2017, when it incorporated innovation as part of its strategy, the Directorate of Innovation and Information Technology started a management workflow based on innovative facilitation techniques, on disruptive technology research, and on agile development methods. This triad boosted a set of initiatives in the parliamentary digital transformation set out in Resolution 12/2019 and the Digital Legislative Process project which is still running. Undoubtedly, the sum of all these factors saved precious time when parliaments had to adjust themselves quickly to social distancing rules.

The Brazilian Chamber of Deputies has fully embraced the idea of continuous transformation which is still being pursued and adjusted accordingly in the process. After the first virtual sitting, Infoleg’s fourth version and other legislative systems were improved to meet the demands of a new reality: today, digital parliament is an imperative.