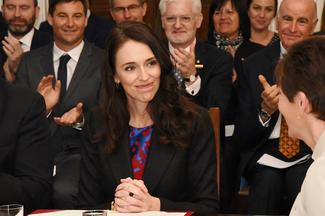 New Zealand was the first country in the world where women won the right to vote and it’s now a leader for gender parity in politics.

Following the October 2020 elections, Prime Minister Rt. Hon. Jacinda Ardern leads the most diverse government in New Zealand’s history. Today there are more women, people of colour, LGBTQ+ and indigenous MPs than ever before. This diversity is reflected in the 20-person Cabinet, of which eight members are women, five are Māori, three are Pasifika, and three are from the LGBTQ+ community. In New Zealand, the government now better reflects the diversity of its population, and it is forging a path for other nations to follow.

The last election ranked New Zealand at number five in the world for women’s representation in parliament, at 48.3 per cent, up ten points from the previous election.

This progress is a culmination of determined efforts that began back in 1893, when New Zealand was the first country in the world where women won the right to vote. The principle of equality for all is enshrined in the country’s law, while its actions continue to advance a consistent positive example for women’s rights.

The New Zealand Parliament has an active cross-party group of women parliamentarians, which works on initiatives to increase women’s representation and voice in politics, and there is a dedicated Women’s Suffrage Room in Parliament.

Today, an estimated 16.5 per cent of New Zealand’s population are Māori, and 9 percent are Pacific Peoples. Jacinda Ardern’s indigenous cabinet members represent percentages well beyond these, at 25 and 15 per cent, respectively. And in another first, Hon. Nanaia Mahuta was appointed Minister of Foreign Affairs, the nation’s first ever female Māori to hold that position. Mahuta has already made history in New Zealand’s Parliament. Four years ago, she began wearing moko kauae, a traditional Māori chin tattoo, becoming the first woman to do so while serving as a lawmaker.

Back in February 2018, during her first term, Ardern became the first New Zealand Prime Minister to march in a gay pride parade. She joined a crowd of 25,000 in support of LGBTQ+ people. According to the nation’s General Social Survey of 2018, 3.5 percent of New Zealand adults identified as LGBTQ+, and yet again Ardern’s cabinet goes beyond that figure, with 15 per cent representation. Hon. Grant Robertson, the finance minister in Ardern’s previous cabinet, is now Deputy Prime Minister, the first openly gay man to hold the role.

Jacinda Ardern’s new Cabinet is about three-and-a-half years younger than the one she took into the election, and she is no longer its youngest member. The average age of 48.6 compares to 52.9 in her previous cabinet. That first Government under her leadership was celebrated by many as one of ‘generational change’, but most of that age change came in the form of its leader, Ardern, who at 37 was the youngest member, and the world's youngest female head of government. Now aged 40, she is the second-youngest in the Cabinet, with 36-year-old Conservation Minister Kiri Allan taking first place. Thirteen members of the new Cabinet are ‘Generation X’, born between 1965 and 1980.

A major contributor to Jacinda Ardern’s landslide re-election victory in 2020 was her government’s successful response to the COVID-19 pandemic. The only country in the world to announce that its goal was to eliminate, rather than merely contain, the virus, the nation achieved that goal as a global first.

The government also unveiled a NZD 2.8 billion income support initiative for the country’s most vulnerable, primarily women. New Zealand’s sales and hospitality sectors, which employ 60% and 70% women respectively, were among the hardest hit by lockdowns.

These and other financial schemes are part of a promised NZD 50 billion COVID-19 response and recovery fund targeted at new initiatives meant to address both the immediate response to the pandemic and the longer-term economic damage left in its wake.

In 2019, during Jacinda Ardern’s first term as Prime Minister, the government introduced new terminology in the announced budget, calling it the Wellbeing Budget. This underscored the government’s commitment to putting the wellbeing of current and future generations of its citizens foremost. It is the first country in the world to prioritize citizen wellbeing in its budgeting.

The 2020 Budget earmarked an investment of NZD 1.6 billion in both government and non-government social services, which will support education, employment and housing. This includes NZD 183 million for Family Violence Services, the largest funding boost for such service providers in over a decade.

Prime Minister Ardern said: “All of this work has been done through a wellbeing lens that considers the needs of New Zealand’s people and environment alongside our economy. That process, started in the 2019 Wellbeing Budget, is non-negotiable. It encapsulates our approach to every decision we make and every action we take, be it on an everyday basis or, like this, in times of crisis.”

Jacinda Ardern was one of the first woman leaders to have a baby while in office, which, along with other MPs with childcare responsibilities, contributed to ongoing changes in the rules for nursing in the parliamentary chamber and family friendly initiatives put in place by the Speaker, as well as to shifts in public perception and political culture. Ultimately, this may encourage more women to run for political office in the country. 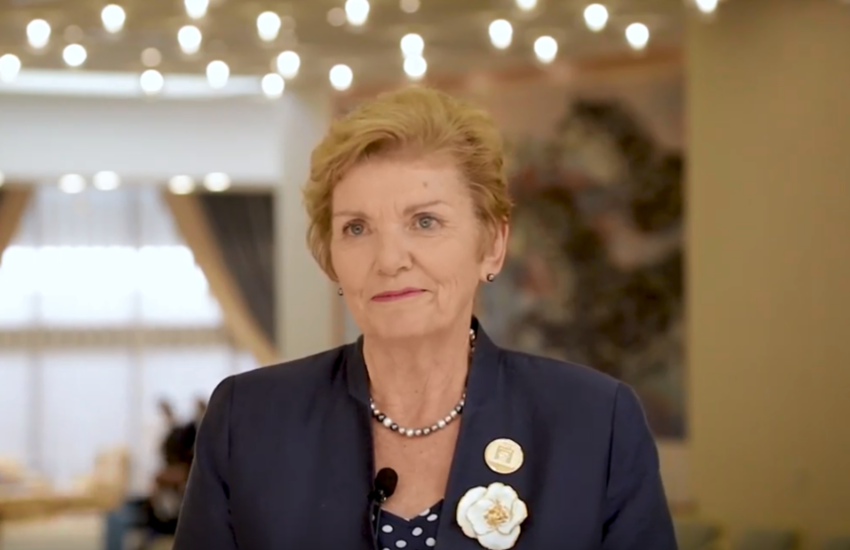 Anne Tolley, MP from New Zealand and Second Vice-President of the Bureau of Women Parliamentarians, on the barriers that prevent women from running for office. She was speaking at the 140th Assembly of the Inter-Parliamentary Union, held in Doha, 6-10
Read more
News in brief

2022 was a turbulent year as the world felt the impacts of climate change and a new war in Europe with global repercussions, including a sharp spike in energy and food costs. Nevertheless, democracy pressed on, with scores of elections
Read more
News in brief