One year in detention: IPU renews its call for the immediate release of Philippines Senator Leila de Lima 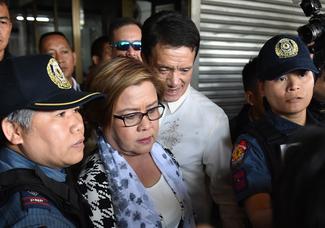 Senator de Lima  has been in detention for a year. © AFP / Ted Aljibe

24 February 2018 marks one year since Philippines Senator de Lima  has been in detention. The IPU is deeply concerned about her long incarceration and, through its Committee on the Human Rights of Parliamentarians, renews its call for her release. The IPU continues to believe that the legal steps taken against Senator de Lima are in response to her vocal opposition to President Rodrigo Duterte’s war on drugs.  It considers that there is no evidence to justify the criminal cases against Senator de Lima and therefore calls on the authorities to abandon these cases and to allow her to take up her full responsibilities as a Senator.

In line with the principle of parliamentary solidarity that underpins the work of the Committee, the IPU also calls on all national parliaments and their members to work in support of the speedy release of Senator de Lima and to help resolve the concerns that have arisen in her case. 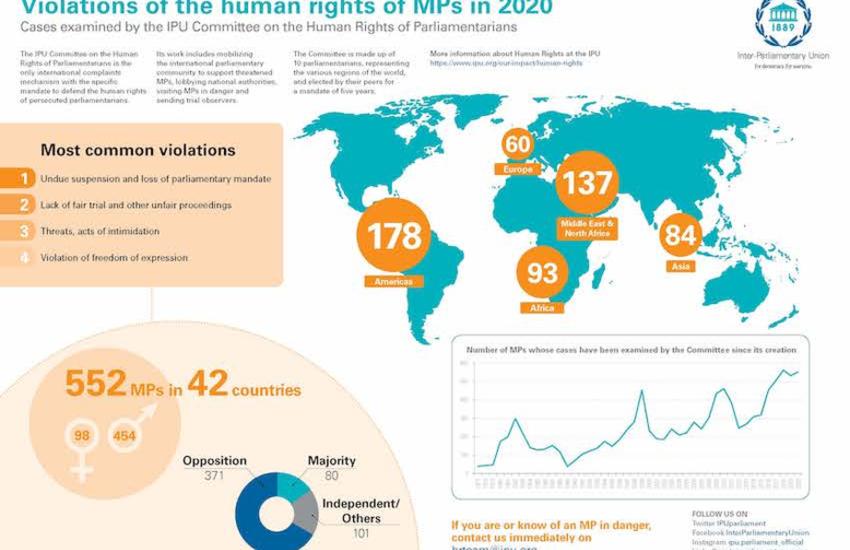 In the lead-up to Human Rights Day on 10 December, the IPU has released its yearly figures on the human rights abuses experienced by parliamentarians around the world. The numbers confirm an upward trend of reported violations against parliamentarians. They
Read more
Statements

The IPU is concerned about reports of violence against parliamentarians and candidates during 8 November general elections in Myanmar. According to the information received by the IPU, parliamentarian Mr. U Htike Zaw was shot dead at his home in Shan
Read more
Press releases

New allegations of human rights violations against parliamentarians in countries holding elections have recently been brought to the attention of the IPU. The cases involve opposition MPs whose basic rights to freedom of expression, assembly and movement have reportedly been
Read more
Statements

Mr. Tundu Lissu, a former member of the Tanzanian Parliament and a vocal opposition leader, is due to return home on 27 July. Mr. Lissu survived an assassination attempt in 2017 and has since been abroad for medical treatment after
Read more
News in brief 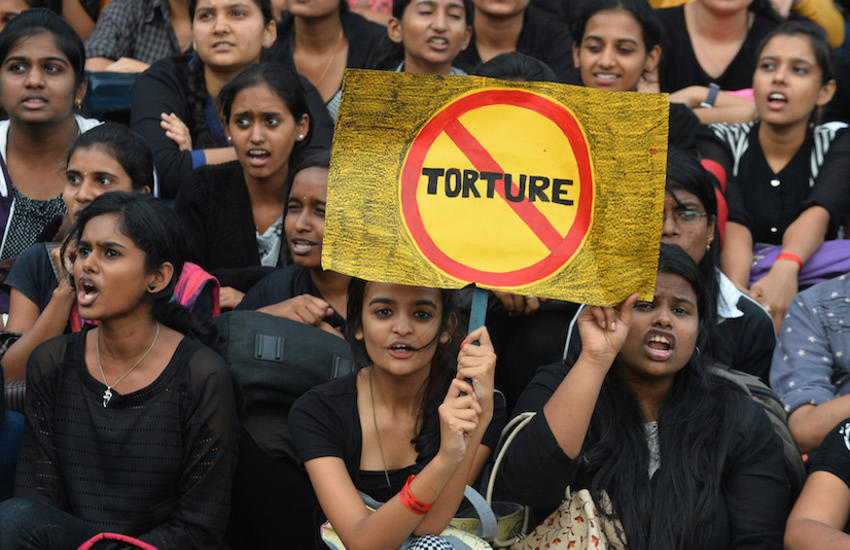 On 26 June, the International Day in Support of Victims of Torture, the IPU calls on parliaments to use all their powers to help eradicate state-sponsored physical and psychological abuse and all other forms of serious ill-treatment. The day also
Read more