The poster is a "snapshot" of the presence of women in the Executive and Legislative branches of Government, in January 2008. It is published by the Inter-Parliamentary Union (IPU) and the United Nations Division for the Advancement of Women, on the occasion of the 52nd session of the United Nations Commission on the Status of Women. The poster provides information on the percentage of women in ministerial ranks, women in parliaments, women in the highest decision-making bodies (women Presidents of States or Governments, women Presiding Officers of parliamentary bodies), as well as information on the ministerial portfolios held by women throughout the world. Borders are depicted and used on the map in order to present data. They are not the expression of any opinion concerning the legal status of any country, territory, city or area, or concerning the delimitation of frontiers or boundaries. 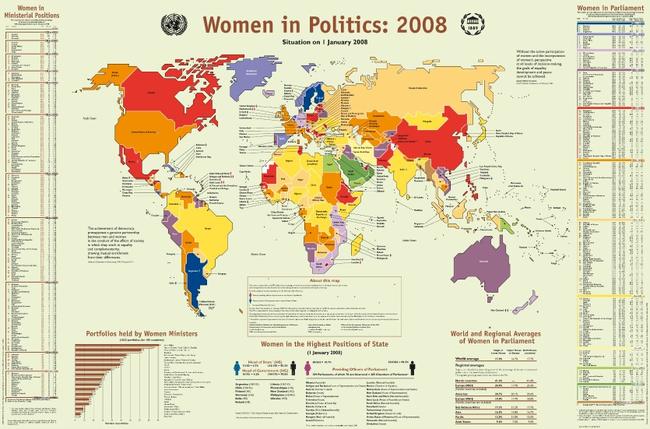