Report of the World e-Parliament Conference

The World e-Parliament Conference 2007 took place in Geneva on 11 October 2007. The event, jointly organized by the United Nations Department of Economic and Social Affairs, the Inter-Parliamentary Union and the Association of Secretaries General of Parliaments, through the Global Centre for ICT in Parliament, brought together 70 delegations from around the world composed of members of parliament, secretaries general, ICT directors and staff, librarians, research and legislative officials to exchange experiences on the use of ICT in parliament. The Report of the Conference includes a summary of the presentations, of practices and innovative experiences showcased during the events, as well as the discussion paper that served as a guideline throughout the series of meetings. 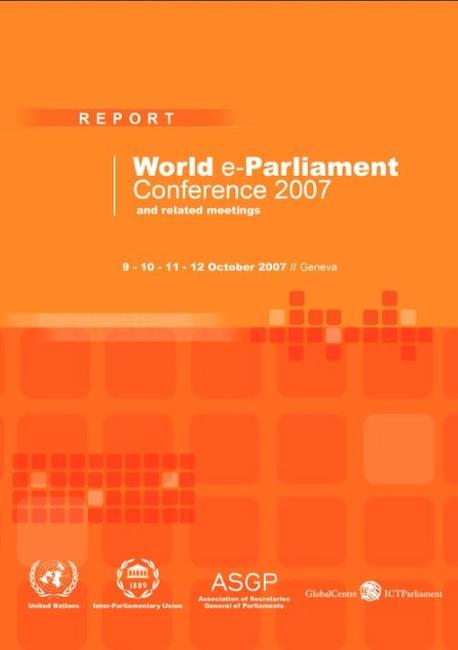