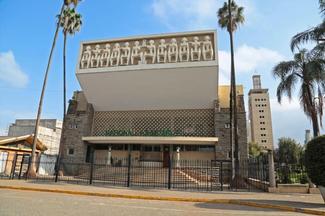 Evidence-based policymaking is based on the premise that policy decisions taken on systematic evidence are better informed and produce better outcomes. In 2015, the Kenyan Parliament established a Parliamentary Caucus on Evidence-Informed Oversight and Decision-Making (PC-EIDM) to help support Kenya’s development agenda.

PC-EIDM is a non-partisan caucus (an informal committee of the House), drawing membership from both the National Assembly and Senate. The objective is to advocate and encourage parliamentarians to embrace evidence-informed decision-making to strengthen accountability and enhance parliament’s oversight role. The rationale for its establishment was the need to raise the interest of MPs as policy makers in the use of evidence when undertaking oversight, legislation and representation, rather than simply relying on personal opinions or political standpoints.

PC-EIDM currently represents the Kenyan Chapter of the African Parliamentarians’ Network on Development Evaluation (APNODE). APNODE was founded in 2014 to enhance the capacity of parliamentarians for evidence-based oversight, policy- and decision-making.

Why the evidence -informed approach to decision making?

The policy-making process has in the past inherently been political. Often there existed tensions between politics and knowledge in shaping policies. "Opinion-based policy" is considered costly, wasteful and results in poor outcomes of policy, programmes and interventions.

The 2010 Constitution of Kenya gave Parliament a budget-making role (as opposed to the traditional budget-approving role) which was a catalyst for EIDM. The Kenyan Parliament now recognizes the benefits of MPs relying on evidence when undertaking oversight and in making decisions. These benefits include a reduction in the wastage of public resources and the ability to target expenditure to a specific intervention.

The PC-EIDM 2019-2023 agenda builds on the PC-EIDM’s successes and opportunities developed during the 11th Parliament. The agenda aspires to learn from experienced challenges the vision being an evidence-informed and people-centered Parliament.

The agenda strives to achieve the following objectives:

This agenda marks a renewed effort in ensuring that EIDM is systematically entrenched in the policy making function of the Kenyan Parliament.

Achievements and progress made

The PC-EIDM has significantly contributed to increasing the number of evidence champions, increased uptake and use of evidence among parliamentarians, and improved synthesis and evidence translation by Parliaments’ technical staff, all of which, in the long term, is geared towards institutionalizing EIDM in Parliament.

Evidence champions must be nurtured while parliamentary staff have a key role in the Caucus Secretariat in terms of the continuity and institutionalization of EIDM.

Although the benefits of EIDM are evident, the push for EIDM in Parliament has not been without challenges. General misconceptions are rife and these can only be addressed through a better understanding of EIDM. The major challenges include: attracting and retaining evidence champions; limited funds to implement the PC-EIDM Strategic Plan (as an informal committee the PC-EIDM does not receive the same financial priority as other committees); and the high turnover among MPs meaning education is constantly necessary.

EIDM is critical to parliamentarians as key policy and law makers. However, the process and value must be demystified and explained. It is critical to explain why you wish to implement advocacy for use of evidence. In Kenya’s case, the need was not only to increase evidence uptake and use among parliamentarians but to enhance the use of research evidence and the monitoring and evaluation (M&E) of data.

The key lessons for parliaments intending to implement EIDM are:

For further Information on the PC-EIDM in Kenya please contact: