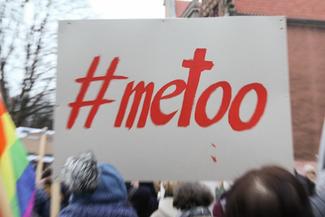 A new study by the Inter-Parliamentary Union (IPU) and the Parliamentary Assembly of the Council of Europe (PACE) shows that acts of sexism, abuse and violence against women are widespread in parliaments across Europe. The findings reveal that 85 per cent of women MPs have suffered from psychological violence in parliament; women MPs under 40 are more likely to be harassed; female parliamentary staff endure more sexual violence than female MPs; and that the majority of parliaments don’t have mechanisms to enable women to speak out.

The IPU/PACE study is based on extensive interviews with 123 women from 45 European countries. Of the sample, 81 of the women were MPs and 42 were members of the parliamentary staff. This report follows up and confirms the results of the IPU’s landmark 2016 study, which revealed widespread gender-based harassment in parliaments. This new report is the first in a series of IPU regional studies that will help build a global picture of sexism, harassment and violence against women in parliaments.

Gabriela Cuevas, IPU President, said “Our study has concluded that acts of sexism, abuse and violence against women are widespread in parliaments across Europe, and must be eradicated through the promotion of gender culture, and the implementation of effective institutional mechanisms that allow women to speak out. Not only is harassment a severe infringement of women’s rights, it is also bad for democracy. We need to acknowledge the perverse effect that this can have on the freedom of action of women MPs, not only from Europe but from other regions of the world.”

Liliane Maury Pasquier, PACE President, said: “Unfortunately, the study points to a sad reality. The #MeToo movement has not spared the world of politics. As long as inequality between women and men persists, no woman will be safe from violence and harassment. We, women and men in politics, do however have a lever that can turn us into movers of change: the Istanbul Convention—a legal instrument aimed at preventing, protecting, prosecuting and, above all, breaking the sexist pattern.”

Martin Chungong, IPU Secretary General and International Gender Champion, said “There should be zero tolerance for any form of sexual harassment in democracy’s core institution. It’s the responsibility of all in parliament, both men and women, to take urgent action to put in place mechanisms to protect all women who work there and to become more gender sensitive.”

Social media remained the main channel for threats and harassment with 58 per cent saying they had been the target of online sexist attacks on social networks.

European women MPs active in the fight against gender inequality and violence against women were often singled out for attack.

The IPU/PACE study also shows that it’s not just female MPs who experience violence and abuse but also female parliamentary staff in Europe. Some 40.5 per cent of female parliamentary staff interviewed said that they had undergone acts of sexual violence in their work (compared with 25 per cent for female MPs), suggesting that they are more vulnerable than female MPs and that power relations also play a part. In 69 per cent of cases, the perpetrators were male MPs.

An interviewee detailed what had happened to one of her colleagues. “An MP was harassing an assistant. On a business trip, he tried to force his way into her room. He would send her texts with sexual connotations and threatened her with dismissal if she didn’t comply. She reported him. However, she was the one who had to quit, while he kept his job. And what’s more, he’s still an MP.”

The study found that few women speak out against the abuse. Only 23.5 per cent of women MPs and 6 per cent of women members of parliamentary staff who had been sexually harassed had reported the incident. Several of the interviewees deplored the fact that there is no mechanism in their parliament to report cases of harassment or violence.

The IPU/PACE report contains a number of practical measures to combat sexism and violence against women in parliaments. These actions include making it clear that sexist behaviour, harassment and gender-based violence in parliament are totally unacceptable; putting in place a confidential complaints and investigation mechanism; and disciplinary sanctions against the perpetrators.