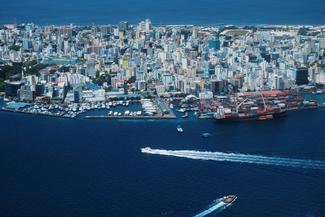 The IPU condemns the military lockdown of the Maldives Parliament. © Natalia Seliverstova/Sputnik

The IPU condemns, in the strongest possible terms, the military’s interference in the business of the Maldives Parliament. The IPU Secretary General Martin Chungong and the IPU President Saber Chowdhury have called for calm and for the Parliament to be allowed to carry out its functions without intimidation.

On 22 August, the military in Maldives locked down the Parliament in what appears to have been yet another attempt to block a motion to impeach the Speaker of the House. MPs were reportedly prevented from entering the chamber, and when they were finally allowed in, the Speaker closed the session before they could raise the motion.

This is the third time this year that the military has prevented Parliament from considering a motion to impeach the Speaker by locking down the premises. There have also been increasing concerns at alleged violations of the rights of opposition MPs. The IPU Secretary General confirmed today that he intended to bring this matter before the IPU governing bodies when they meet in St Petersburg in October.

On International Day of Multilateralism on 24 April, information collected by the IPU shows that parliaments all over the world are working together in their responses to the COVID-19 pandemic. Through its campaign Parliaments in a time of pandemic, the
Read more
Press releases