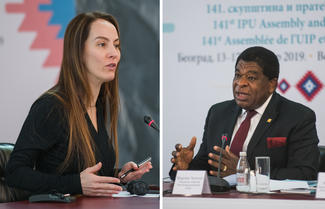 An end-of-year message from IPU leadership.

We should never take democracy for granted. Many of our parents and grandparents fought for it in the Second World War and in battles for independence from colonial rule. In the 1990s we celebrated the collapse of authoritarian rule and the birth of new parliaments in various parts of the world.

But – 130 years after the founding of the IPU – the struggle is far from over. This year witnessed a record number of new cases of human rights violations against parliamentarians (111), compared with 78 new cases in 2018. The IPU now has on record 533 cases of reported alleged abuse against parliamentarians in 40 countries, the second highest number on record. And for the first time, threats and acts of intimidation are now in the top four of the most common violations. Many violations are State-sponsored, with governments putting undue pressure on opposition parliamentarians. In a sense, the very institution of parliament is under siege.

This onslaught on human rights is not unique to parliaments. We also see more attacks on journalists, environmental defenders, human rights activists and more. This rising trend of intolerance should worry us all. Successful societies do not function on the basis of violence and harassment. And although parliamentary democracy is not perfect, the last 130 years have shown how it leads the way to sustainable peace, prosperity and progress.

The IPU defends this parliamentary democracy by defending the rights of parliamentarians and empowering them. Our work is proving to be both relevant and effective. We concluded field missions to assess the situation of opposition MPs in several countries. In addition, we sent three observers to the Philippines to ensure due process in legal proceedings by the State against opposition Senator Leila de Lima, an outspoken critic of President Rodrigo Duterte.

In more good news, the IPU is looking at ways to make our parliaments more open and representative. Once again our annual analysis showed how well-designed quotas help to boost the numbers of women in parliaments. In 2018, women accounted for 24.5 per cent of parliamentarians, up from 23.4 per cent the previous year.

So, the IPU remains a steady beacon in the ongoing struggle for democratic values. Despite reaching the venerable age of 130, we go from strength to strength, moving ever closer to universal membership. With 179 Member Parliaments and 13 Associate Members, the IPU has come a long way since starting in 1889 with a small group of parliamentarians from just nine countries. We now aim to reach every single one of the world’s 46,000 parliamentarians.

Some 130 years after our founding, we continue to be convinced of the power of getting MPs around the table to address the issues of the day. This year, through successful Assemblies, in Qatar and Serbia, and at numerous other events, we mobilized thousands of parliamentarians to act on climate change, education, health, the economy and terrorism, and to bring a parliamentary dimension to global governance and the 2030 Agenda for Sustainable Development.

We were also proud to host and encourage multiple celebrations of our 130th birthday, including recently in Cyprus, Indonesia and Qatar. Earlier in the year, in Paris, where the IPU was born, French and British parliamentarians recreated the original foundation meeting. In Bangladesh, Serbia, Switzerland, and Paraguay, photo exhibitions told our story from 1889 to the present day. And, on 30 June, International Day of Parliamentarism, IPU Assembly Presidents – past, present and future – joined the IPU President and Secretary General to commemorate our anniversary.

With the anniversary celebrations, this year has been unusually busy and we are very grateful to all Members as well as the IPU Secretariat for their hard work and enthusiasm.

Looking to the future already, the IPU will keep pushing parliaments and parliamentary values into discussions next year in defence of multilateralism, on climate change, inclusive economies, the Sustainable Development Goals, gender and much more.

In 2020, the IPU will partner with the United Nations and the Austrian Parliament to host the Fifth World Conference of Speakers of Parliament in Vienna from 19 to 21 August. We will also mark the 25th anniversary of the Beijing Declaration and Platform for Action on gender equality.

Our 130th anniversary celebrations have provided us with a useful springboard to make a quantum leap forward in terms of engaging parliaments in multilateral affairs. Parliaments provide support, legitimacy, and a sounding board for more ideas. We see them as vital to the implementation of urgent initiatives that the world needs desperately, particularly on climate action, gender equality, health care for all and fighting terrorism.

Before we get to that, however, we should enjoy the festive holidays, spend time with our families and loved ones, and gather energy for the year ahead. We wish you all season’s greetings and best wishes for the new year.

For democracy. For everyone. 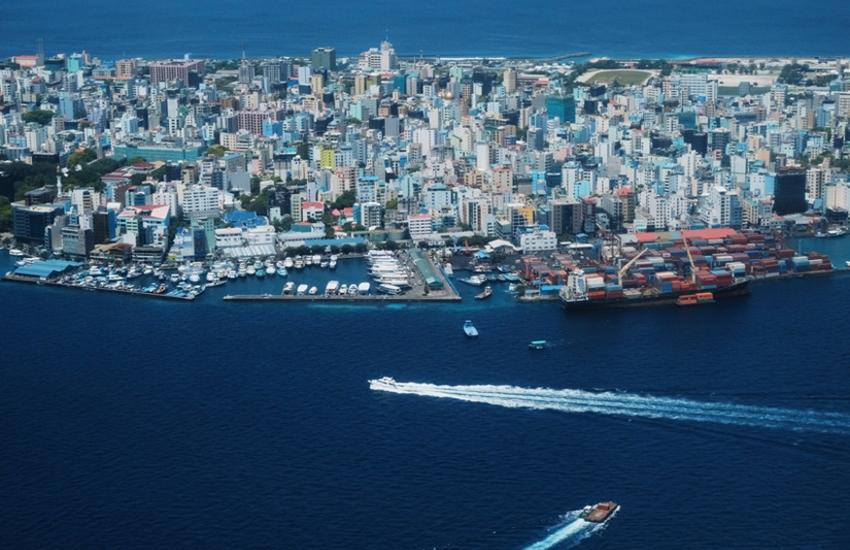 The IPU condemns, in the strongest possible terms, the military’s interference in the business of the Maldives parliament. The IPU Secretary General Martin Chungong and the IPU President Saber Chowdhury have called for calm and for the Parliament to be allowed to carry out its functions without intimidation.
Read more
News in brief

On International Day of Multilateralism on 24 April, information collected by the IPU shows that parliaments all over the world are working together in their responses to the COVID-19 pandemic. Through its campaign Parliaments in a time of pandemic, the
Read more