The IPU reaffirms its commitments to generation equality 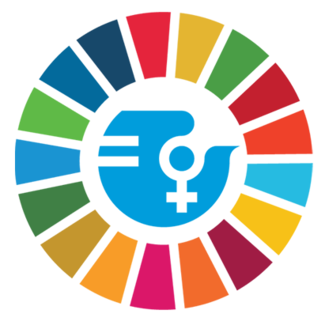 What would a truly equal generation look like? Convened by UN Women and co-hosted by the governments of France and Mexico, this is the question panellists debated at last week’s Generation Equality Forum in Paris.

The Inter-Parliamentary Union contributed to the Forum at two events held on 2 July. The IPU highlighted the role of parliaments and parliamentarians as changemakers in ensuring more women take up decision-making positions.

A side event jointly organized by the IPU and the French Parliament, entitled Parliaments Act for Equal explored how individual MPs and parliamentary bodies working on gender equality are effective channels for the participation of civil society in the parliamentary process. Moderated by Ukrainian MP and President of the IPU Bureau of Women Parliamentarians, Lesia Vasylenko, the session addressed how feminist groups and women and girls’ movements are key to advancing a feminist agenda and must have a say in the work of parliaments. The audience heard from Sahar Albazar, an Egyptian MP and the President of the IPU Board of the Forum of Young Parliamentarians, Naisula Lesuuda, the first woman MP elected from Samburu County in Kenya, and student activist Shukti Anantha from India.

Ms. Vasylenko began by outlining that strong women and feminist movements create a demand for feminist laws and policies. “They are a source of evidence on the concerns of different groups of women and girls in the community. Such groups also provide a much-needed pool of potential women leaders... I truly believe that big changes start small. And all of us can play our part.”

Ms. Albazar and Ms. Lesuuda acknowledged the role and importance of quotas in their own elections, as well as stressing the importance of women in leadership roles to empower others.

“I was motivated to run for office by seeing the efforts that Egypt was pursuing for empowering women. A 20 per cent quota in parliament led to an actual representation of 27 per cent. Seeing women holding leadership positions really inspired me to join parliament. We need to see more women encourage other women,” said Ms. Albazar.

“When I decided to run, it was perceived by my constituency as a male-dominated area. I was the first woman elected in my community. It was not easy to campaign and to win, but I was doing it for the sake of other women and girls, who thought it was not possible. Let us lift and mentor other young women who aspire to leadership positions,” said Ms. Lesuuda.

Parliaments Act for Equal was an occasion for intergenerational and peer-to-peer exchanges, and was attended by MPs from all age groups, all over the world. As leaders in their communities, members of parliament can and should amplify the voices of citizens in all their diversity. This is even more important considering the slow progress towards gender parity in political participation, and the low participation of young women in particular. IPU data shows that worldwide only 1 MP in 4 is a woman, and less than 1 per cent of them are young women. Much work remains to be done.

An afternoon session, focusing on the Action Coalition on Feminist movements and leadership, saw leaders from around the world commit to listen to the voices of women and girls. IPU Secretary General, Martin Chungong, outlined the IPU’s four commitments to achieving this vision as one of the co-leaders of this Action Coalition.

The IPU commits to promote gender-sensitive parliaments that drive a feminist agenda and are sexism-free and family-friendly.

Parliaments are key to promoting laws and budgets that are gender transformative. They must start by transforming themselves. They need a clear mandate, dedicated mechanisms and the capacity to deliver a feminist agenda. This starts with review and reform. Parliaments must adapt their work modalities to the needs of MPs and staff with care responsibilities. And they must eliminate all forms of sexism within the institution.

The IPU commits to support and strengthen measures to help achieve gender parity in parliaments by 2030.

Gender parity in decision-making is key to removing all barriers to gender equality, but it cannot be achieved without strong, positive measures. Yet, parity is still far off, with women only making up 25 per cent of MPs worldwide.

The IPU commits to empower women leaders, especially young women, and promote synergies with women and girls from civil society.

Women leaders are the drivers of a feminist agenda in parliament. They often work across party lines to achieve positive change. To amplify their impact, they must include young women and civil society in their work.

Finally, the Secretary General has joined collective commitment 3 of the Action Coalition, pledging to apply feminist practices within the IPU.

As societies aim to build back more equal, parliaments need to provide spaces for young women and girls to inform our decisions today, empowering them to become the leaders of tomorrow.