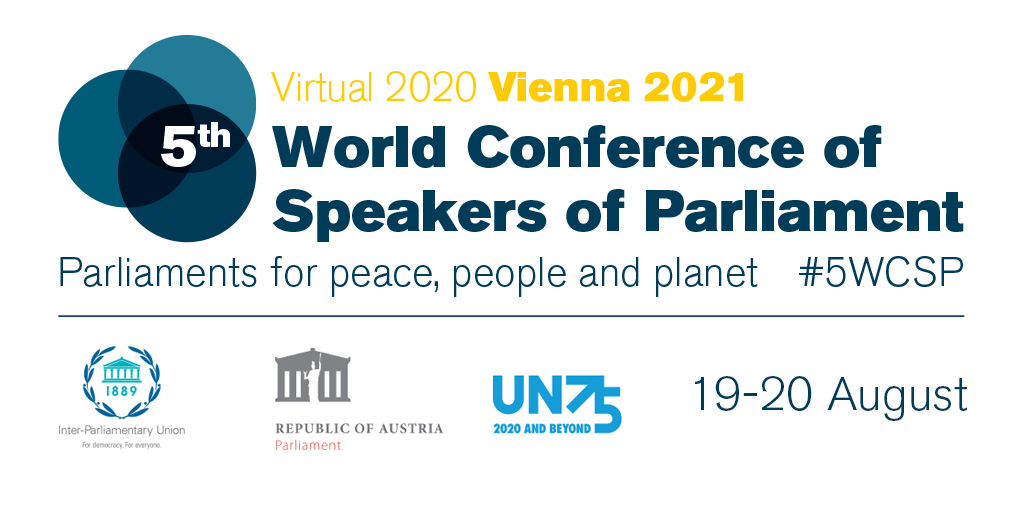 Watch the highlights of the Conference 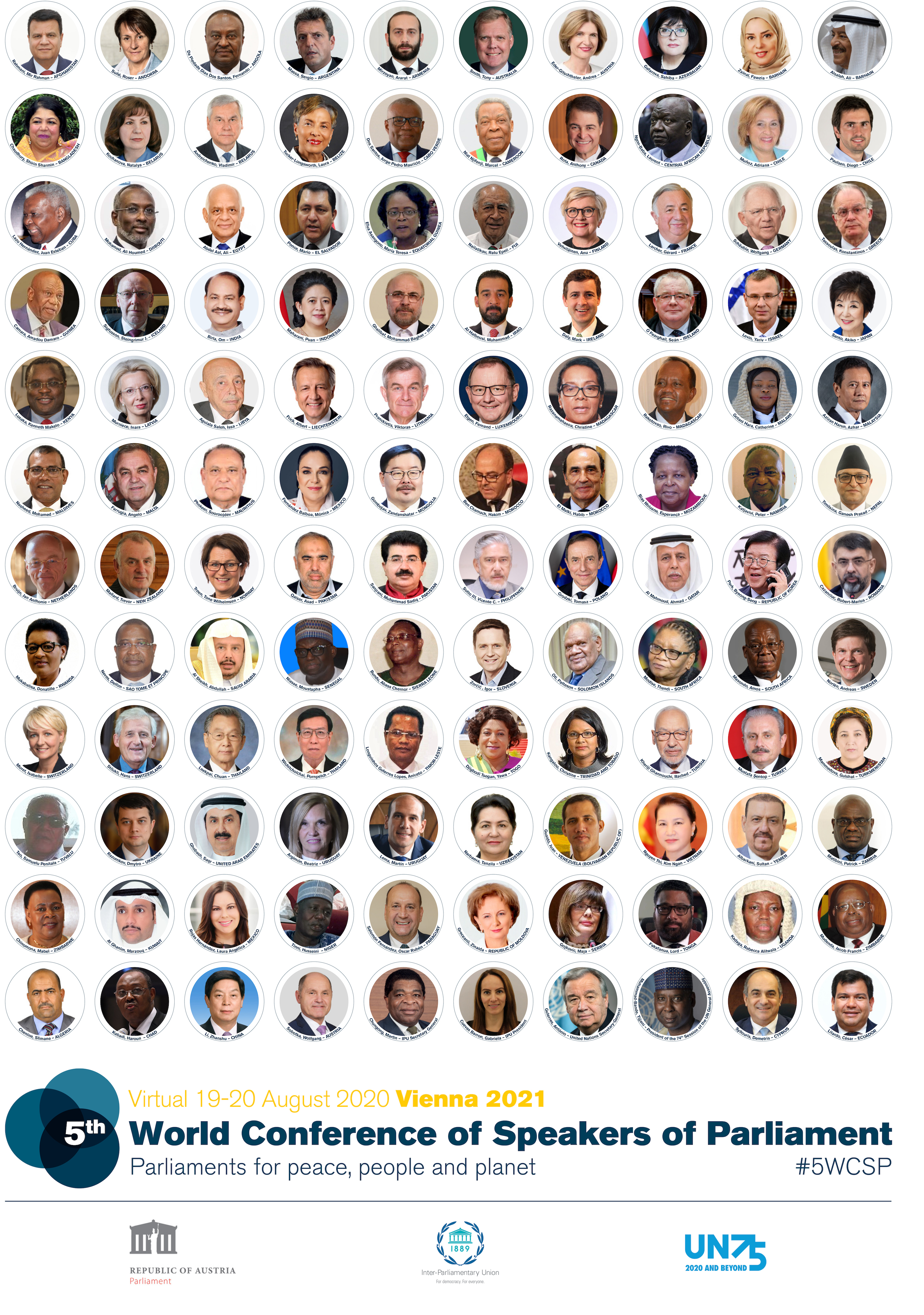 The Fifth World Conference of Speakers of Parliament will build on the outcomes from the previous sessions (see below) and further reinforce the parliamentary dimension of global governance. It is being organized in close cooperation with the Parliament of Austria and the United Nations, under the overall theme of Parliamentary leadership for more effective multilateralism that delivers peace and sustainable development for the people and planet.

The Fifth World Conference will be held in two sessions: virtual session in August 2020 and the in-person Conference in Vienna in 2021.

The first Conference of Presiding Officers of National Parliaments took place in August 2000 at the United Nations Headquarters in New York, just a few days prior to the Millennium Summit of Heads of State and Government. Organized with the full support of the United Nations, the conference concluded with a Declaration entitled The Parliamentary Vision For International Cooperation at the Dawn of the Third Millennium. With this Declaration, the Presiding Officers of the world's parliaments committed themselves and their institutions to join forces with the United Nations to help address the tremendous challenges facing the world community. The commitment of Member States for greater cooperation with the world of parliaments was embedded in the final declaration of the 2000 Summit, known as the Millennium Declaration. This declaration calls, inter alia, for the United Nations to work with national parliaments, through the IPU, in the pursuit of peace and security, economic and social development, international law and human rights, democracy, and gender issues.

Subsequent World Conferences were held every five years in conjunction with the United Nations:

Stepping up parliamentary action: The climate change emergency 163.77 KB
Human mobility in pursuit of a better life: Challenges, opportunities and solutions 184.93 KB
Improving governance by bridging the gap between parliaments and the people 217.75 KB
Forging inclusive and sustainable economies that deliver well-being and justice for all 365.66 KB
Countering terrorism and violent extremism: The perspective of victims 164.15 KB
Provisional list of Speakers in the panels 348.94 KB