We’ll also be tweeting regularly about innovation in parliament using the hashtags #parliament #innovation. We look forward to hearing from you!

When the National Assembly of Suriname needed a new solution for sharing documents and internal communication, it turned to the cloud. Using IBM’s Connection Cloud, they have replaced traditional IT systems with a Software as a Service (SaaS) solution. Read more

The EULE Media Monitor / 360°Topic-Monitoring has been developed by the Austrian Parliamentary Administration. It helps parliamentarians to stay up-to-date, delivering information in an easy-to-access web-based format. Read more

Disinformation and "fake news" have become an increasingly visible global phenomenon, accelerated by the ubiquity of smartphones and social media networks. Conscious of the potential risks for democracy, many parliaments, such as the United Kingdom, are taking action. Read more

Key activities of the Centre are distributed to regional and thematic hubs, located within host parliaments. Regional hubs bring together parliaments from the same region or sub-region, and normally address a range of issues of common interest. Thematic hubs bring together parliaments from different regions that share a common interest in working on a specific issue, such as IT governance or open data. Hubs act with a high degree of autonomy within the Centre’s network.

Host: European Parliament
The IT governance hub is an online learning platform for parliaments to support a wide development of maturity in IT governance. Since the hub’s launch at the World e-Parliament Conference in December 2018, 77 individual accesses have been granted to the IT governance platform for staff belonging to 45 organisations. Among these organisations, 11 have so far recorded information related to their organisation and their IT maturity self-assessment. Following user feedback, a new status ("To be assessed") has been introduced in the system to help differentiate the status of the IT maturity self-assessments. For access to the platform, contact innovation@ipu.org.

Host: Brazilian Chamber of Deputies
The goal of the Inter-Parliamentary Open Data Cloud is to help people find information on bills and laws from other parliaments quickly and easily, thus enhancing the law-making process. Since December 2018, the Brazilian Chamber of Deputies has been working to improve its automated translation tool, with the help of a dataset provided to the machine-learning algorithm. Ultimately, the tools should be able to translate parliamentary documents from one language to another.

This work is done in partnership with open data experts from "G1" parliaments (that is, those already producing and publishing open data). A group has been set up on the Centre for Innovation’s Yammer channel to discuss specific issues. These exchanges will feed into an Expert Meeting hosted by the Chamber of Deputies in Brasilia from 27 to 31 May, where experts will explore options for how to connect their parliaments’ open data source systems to the Inter-Parliamentary Open Data Cloud.

Host: National Assembly of Zambia
ICT directors from parliaments in Southern Africa were able to begin discussion on priorities to address within the hub during the 2018 World e-Parliament Conference. Parliaments from the region have started to designate correspondents to participate in the hub. This group met in Lusaka on 28 and 29 March to discuss how they will work together, including Terms of Reference, workplan, and budget, as well as operational modalities, tools and working platforms for the hub. A lively WhatsApp channel is already being used to share information between parliaments on a daily basis. 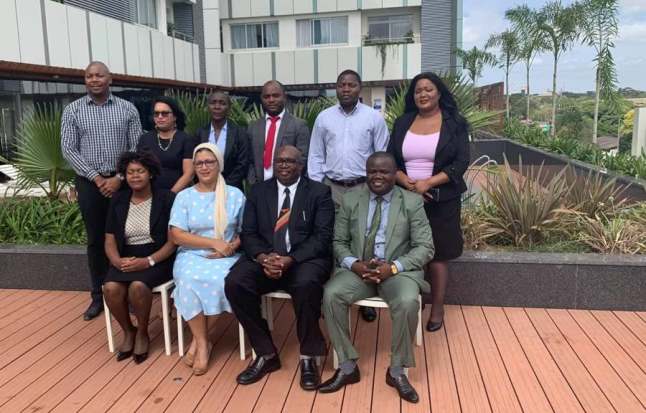 The IPU has set up an online communications channel for the Centre for Innovation in Parliament on Yammer. Yammer is a widely used collaboration tool that allows for the creation of multiple discussion groups. The first groups are being established around the Centre’s hubs and areas of work, and efforts to reach out to parliamentary ICT experts to join the different discussion groups are underway. To join the Centre’s online communications channel, contact innovation@ipu.org.

The 140th IPU Assembly in Doha (Qatar) will provide multiple opportunities for discussion and exchange on themes relevant to innovation in parliament. In addition to an expert hearing on "fake news", there will be a joint session on parliamentarians and Secretaries General on the future of parliament. Within the Association of Secretaries General of Parliament, the hosts of hubs within the Centre for Innovation in Parliament will meet with the heads of the parliamentary administration in other countries to discuss priorities for the hubs.

Propose ideas for the Innovation Tracker

Do you have an example of innovative parliamentary working methods to share? Tell us about it via this online form or by e-mail to innovation@ipu.org.

For all questions, comments and suggestions, contact us at innovation@ipu.org. 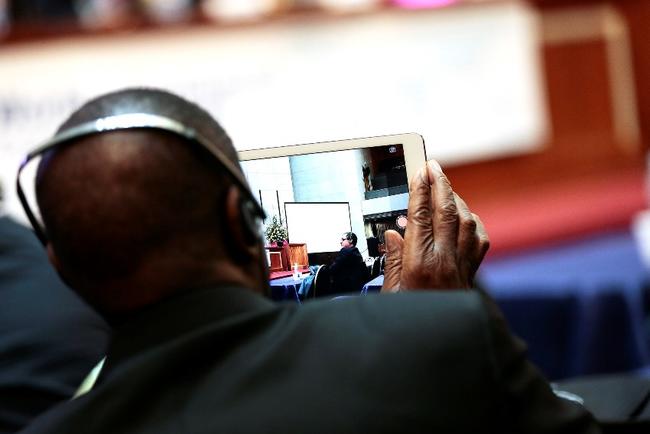