Gender equality is in the interest of both men and women, and a precondition for genuine democracy. But for many years, the responsibility of defending women’s rights and gender equality in parliaments rested mainly on the shoulders of women MPs. We have now shifted the focus of that responsibility to parliaments, as institutions representing the interests of all citizens.

Many parliaments are moving away from their traditional male-dominated membership towards promoting equality. Making that change often involves critically examining the institution itself, acknowledging unseen barriers that deter the presence of women, limit their participation or hinder progress towards gender equality, and then taking strong action to address these issues.

We introduced the concept of gender-sensitive parliaments after conducting innovative research in 2010. We define them as institutions that are founded on gender equality, where women and men have an equal right to participate without discrimination or recrimination.

Parliaments ought to be places that meet the requirements of both women and men in the way they are run and structured, and where women not only can work, but also want to work. They should be family-friendly environments, where men and women find that their needs to live as well as work are taken into account. They also ought to be places where sexist language or behaviour is not tolerated.

We argue that by being sensitive to gender issues and favouring equal participation of women and men, parliaments are also more likely to achieve gender equality in society and to fulfil their democratic mandate. Parliaments that embody and promote gender equality  deliver better to constituents and are more legitimate.

Based on our research findings, in 2012 IPU member parliaments unanimously adopted a Plan of Action for Gender-Sensitive Parliaments. 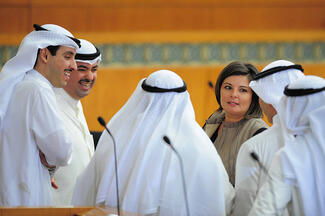