While the number of women in parliaments grew at a remarkably slow pace throughout the 20th century, that of women presiding over parliament has grown at an even slower pace.

The Austrian parliament was the only one to have a woman speaker before the Second World War. Between 1945 and 1997, only 42 countries had a woman preside over parliament or one of its houses at least once. The overwhelming majority of these countries were located in Europe or in the Americas.

This is changing in the 21st century. Between 2005 and 2015, the percentage of women in presiding officer posts in parliaments nearly doubled, going from 8.3 per cent to 15.6 per cent. On 1 November 2016, the number of women speakers reached a record 53, making up 19.1 per cent of the 277 top leadership positions in 193 parliaments. This progress has helped to bridge the gap between women’s participation in parliament (22.9 per cent as at 1 November 2016) and women’s presidency of parliament.

Women speakers now span every area of the world, including the Arab region, where the first woman became speaker of parliament of the United Arab Emirates in 2015.

We have been bringing these heads of parliament together since 2005, by holding regular Summits of Women Speakers of Parliament. These high-level events enable women parliamentary leaders to exchange their national experiences, discuss issues of common concern, and set the tone for the work of the global parliamentary community.

Women speakers have shaped their parliaments, both in the way they operate and in their outputs. They have enhanced parliaments’ role in overseeing the work of government in the area of gender equality, provided space for effective women’s parliamentary caucuses, and fostered partnerships between men and women parliamentarians in effecting legal and institutional reforms on gender equality. They also serve as role models for fellow women who aspire to top decision-making positions in their respective countries 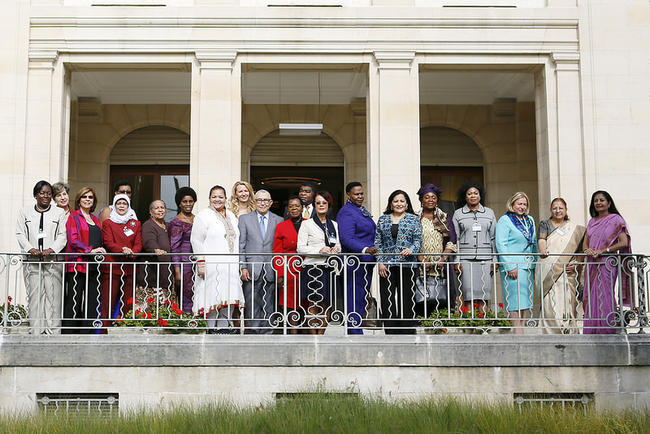 Women speakers have shaped their parliaments, both in the way they operate and in their outputs. Photo: © IPU