COVID-19 and democracy: Can parliaments come to the rescue?

An informal virtual interactive panel debate for International Day of Democracy, in partnership with the Julie Ann Wrigley Global Futures Laboratory at Arizona State University, on Tuesday, 15 September from 17:00-18:30 CET. Open to all IPU Members, parliamentarians, UN partners, students and the general public.

During the pandemic, democratic processes have been under assault in some countries. Elections have been postponed, courts have only dealt with urgent cases, individual freedoms have been curtailed and autocrats have used the pandemic to make power grabs that have sometimes sidelined parliaments. During lockdowns, some parliaments have faced security, technology and procedure challenges and have only been able to operate in a limited way.

Even before the pandemic, democracy was losing popularity. Across the globe, more and more citizens are dissatisfied with their democracies  – from 47.9 per cent in the mid-1990s to 57.5 per cent in 2019.

However, democracy is still in relatively good shape and is by far the preferred form of government on all continents according to some studies.

Can parliaments learn from the past six months to become stronger and more effective institutions that impose checks and balances on executive powers to better serve the people?

Parliamentary scrutiny over the government has never been so critical to ensure that emergency measures to prevent the spread of the coronavirus are proportionate, temporary, and that they don’t infringe on fundamental human rights. Through their legislative and budgetary powers, parliaments also play a key role in strengthening public health systems, building back better and greener economies and addressing the looming climate emergency.

In short, can parliaments come to the rescue and restore people’s faith in democracy? 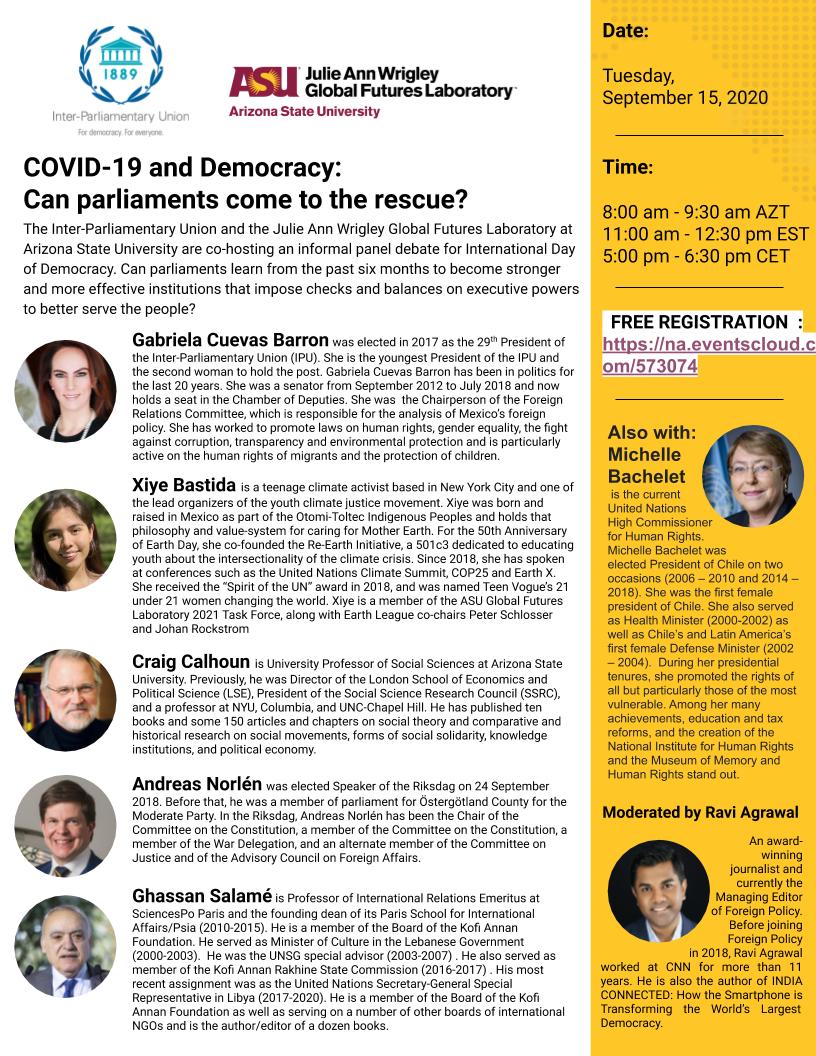