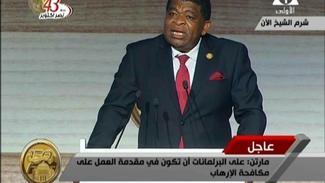 Martin Chungong addressing the Presidents of the African and Arab Parliaments. © Sada El-Balad

IPU Secretary General Martin Chungong congratulated the Egyptian Parliament on its 150th anniversary and called on all political stakeholders to reflect in this historical moment on the need to build a stronger and more democratic parliament.

Addressing a ceremony in Sharm El-Sheikh attended by President Abdel Fatah Al Sissi and MPs from African and Arab countries, Mr. Chungong stressed IPU´s resolute support to the democratic process in the country.

Mr. Chungong said it is time now in Egypt for “introspection and soul-searching, based on past achievements and the challenges ahead", and urged all Egyptians to build on this momentum to consolidate a parliament "that is representative, transparent, accountable, accessible and effective”.

“In sum, one that is better able to articulate the wishes of the people and deliver prosperity within the framework of the mandate prescribed in the Constitution. Taking this effort forward, the Parliament can count on IPU’s unflinching support”, he added.

During his visit to Egypt, the IPU Secretary General met with President Al Sissi, who committed to promoting inclusive democracy and working for a strong national parliament. Both agreed on the need to tackle the global threat of terrorism to democracy, peace and dialogue, and discussed priority issues on IPU's agenda, such as migration and the refugee crisis.

President Al Sissi thanked Mr. Chungong for participating in the event and noted the key role played by the Secretary General in strengthening relations between Egypt and IPU. He also stressed the need for IPU to continue to support the Egyptian Parliament in order to enhance its capacity and improve transparency.

Egypt has been a Member of IPU for 92 of its 150 years of existence, becoming the first Arab Member of the Organization in 1924.

A large-scale technical cooperation agreement is currently being implemented by IPU.

An IPU team has completed a mission to Egypt, assessing the needs of the country’s parliament for the next phase of its development. The team explored a wide number of areas, including how to strengthen MPs in all aspects of
Read more
Press releases 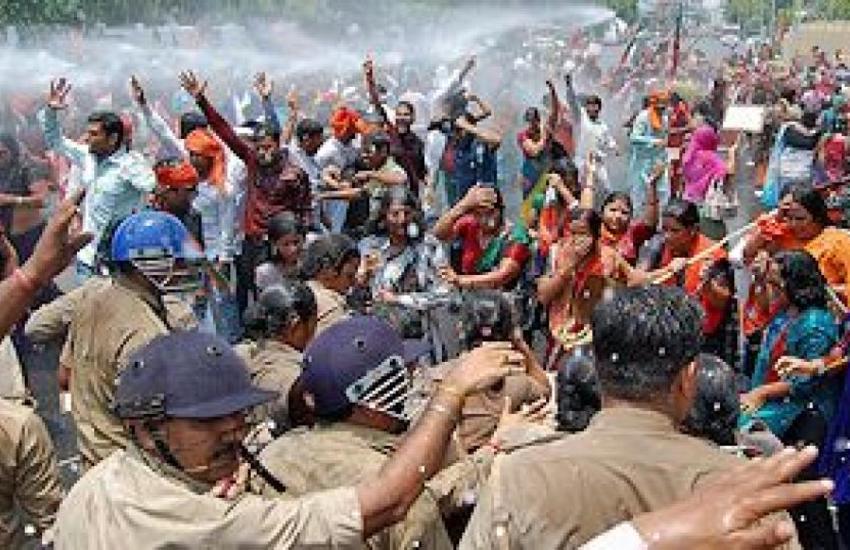 Call for concerted global action to end violence against women