This year’s report looks back at 25 years of women in parliament on the occasion of the 25th anniversary of the Beijing conference and its groundbreaking action plan for gender equality.

IPU analysis shows that gender parity is possible. The overall percentage of women in parliaments has reached 24.9 per cent in 2020, up from 11.3 per cent in 1995.  In four countries (Rwanda, Cuba, Bolivia and the United Arab Emirates) women now account for 50 per cent or more MPs in their lower or single chambers compared with 1995 when no parliament had reached gender parity.

The IPU has tracked women’s participation in parliament for decades, allowing it to monitor historical trends, progress and setbacks. 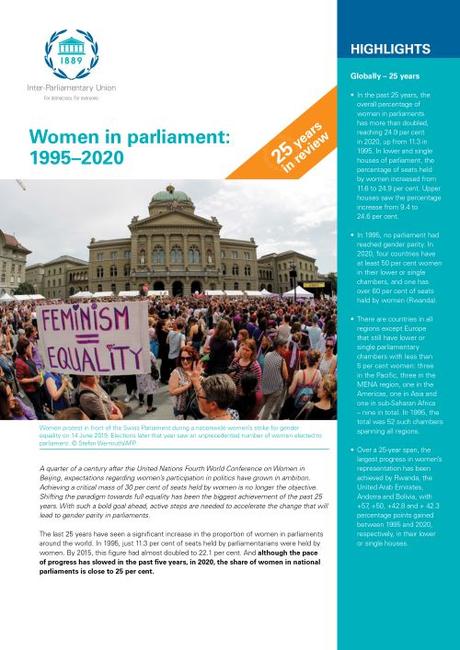