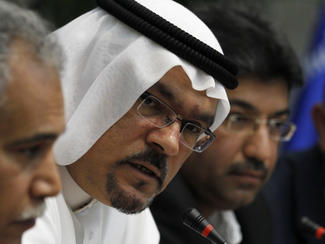 Former Bahraini MP Jawad Fairooz has been rendered stateless after being stripped of his nationality in 2012. He had previously been detained and allegedly ill-treated, after challenging the state’s harsh crackdown on pro-democracy protesters.

Jawad Fairooz resigned from Bahrain’s parliament in 2011 in protest at the treatment of protesters who had taken to the streets during the Arab Spring.

All 18 MPs from his al-Wefaq party did the same, angry that Shia demonstrators from the country’s majority population were being harshly dealt with by the Sunni-led administration.

Months later, he and another MP, Matar Ebrahim Matar, were detained. During three months in custody, they allege they were ill-treated and were denied access to their families and initially to their lawyers. They were charged with instigating hatred against the authorities, illegally organizing meetings and committing similar related offences—all of which they denied. Matar Ebrahim Matar was acquitted, Jawad Fairooz convicted.

In November 2012, Jawad Fairooz was in the UK when the Bahraini authorities announced they had stripped him of his nationality. The decision left him stateless.

IPU is deeply concerned by the decision, and by the fact that it has not been explained.

The absence of a full investigative report into the alleged mistreatment suffered by Jawad Fairooz while in detention—allegations which the government denies—is also a cause for concern, IPU says.

IPU also fails to see how he could have been convicted of criminal behaviour, having reviewed the material presented to the court during his trial.

Jawad Fairooz, who addressed the crowds at the Pearl roundabout— the symbolic heart of the demonstrations—insists he is committed to only peaceful protest and political reform.

The Bahraini authorities have been strongly criticised for their human rights record in clamping down on protesters during the Arab Spring, including the jailing of medical staff who treated the injured.

Jawad Fairooz was granted political asylum in the UK in 2014, but remains stateless.

Palestinian MP Ahmad Sa’adat was abducted by Israeli forces from a Jericho jail before being sentenced to 30 years in prison in Israel.
Read more
Human rights cases

Eritrean MP Haile Woldetensae has been held incommunicado without trial since 2001, one of a group of 11 seized after criticizing the country’s president, Isais Afwerki.
Read more