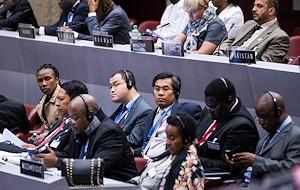 The election of a new IPU president will be one of the main highlights of a content-rich 131st Assembly in Geneva on 12-16 October.  The new president will take over from Abdelwahad Radi, who ends his three-year mandate at the end of the event. The outcome will cement the new IPU leadership structure following the election of Secretary General Martin Chungong in March this year. Indonesian MP Nurhayati Ali Assegaf, Speaker of the Australian Parliament Bronwyn Bishop, Bangladesh MP Saber Chowdhury and former Speaker of the Maldives Parliament Abdulla Shahid have so far declared their candidatures for the post. Over 120 IPU Member parliaments involving more than 650 MPs have so far registered to attend the 131st Assembly. Among them, there are more than 75 Speakers and Deputy Speakers of Parliament, as well as a significant percentage of women and young MPs.

The main theme of the Assembly is “Achieving gender equality, ending violence against women”. The issue will also be the subject of the ceremony for the Future Policy Award 2014, an annual prize recognizing good and effective policies in a given area.

IPU Members will also adopt an emergency resolution with proposals for a debate including the rights of the Palestinian people; the role of MPs and IPU in fighting terrorism and extremism, including the Islamic State and the Levant (ISIL) and other groups, as well as action to combat human trafficking.

A resolution on “International law as it relates to national sovereignty, non-intervention in the internal affairs of States and human rights” will also be adopted by IPU Members on the concluding day. A packed agenda includes discussions on water governance, climate change, cooperation to counter the global drug problem, the role of parliaments in striking a balance between national security and individual freedoms, and the influence of corporate investment in sustainable development.

A roundtable on the situation in the Middle East convened by the Committee on Middle East Questions in parallel to the 131st Assembly will also take place. IPU Members and UN representatives will look at what parliaments can do to promote and secure peace between Israel and Palestine following recent events, as well as IPU’s role in promoting peace in the region as a whole.

The 131st Assembly will continue its nearly 30-year tradition to bring together women parliamentariansfrom across the world. They will debate the impact of women in parliament.

IPU’s Committee on the Human Rights of Parliamentarians will similarly meet to tackle new and existing cases involving the human rights abuses of MPs and will submit resolutions for adoption by IPU’s Governing Council.

There are also important pre- and post-Assembly events. About 120 MPs from around the world will gather on 10-11 October for the First IPU Global Conference of Young Parliamentarians aimed at finding ways and means to ensure youth participation in politics. An outcome document will feed into the discussions of the Forum of Young Parliamentarians. On 17 October, after the formal closing of the Assembly, a Workshop on Good Nuclear Disarmament Practice will be held as part of IPU´s work to promote nuclear disarmament and non-proliferation.

Madagascar and Guinea will formally re-apply for affiliation to IPU, bringing the Organization’s total membership to 166 national parliaments.

Take part in the Assembly debates through Twitter using #IPU131. Photos from the Assembly will be available for free download and use at: http://www.ipu.org/131pics 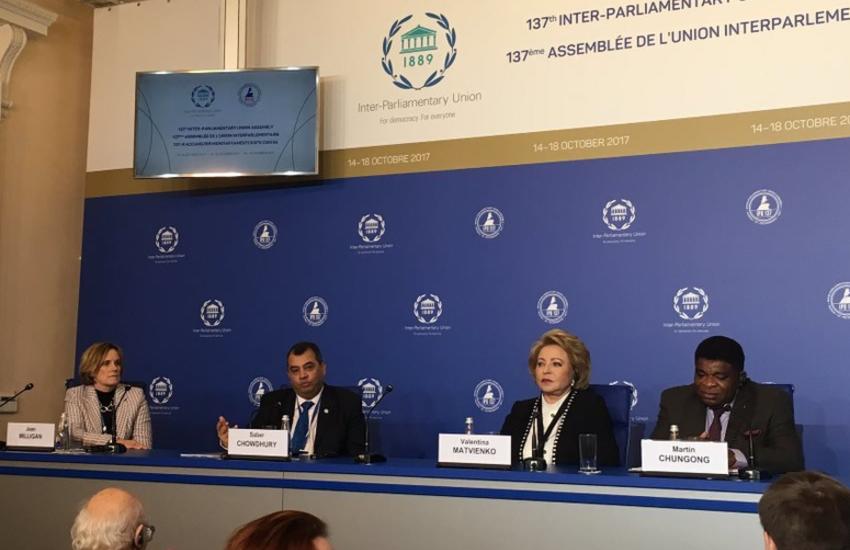 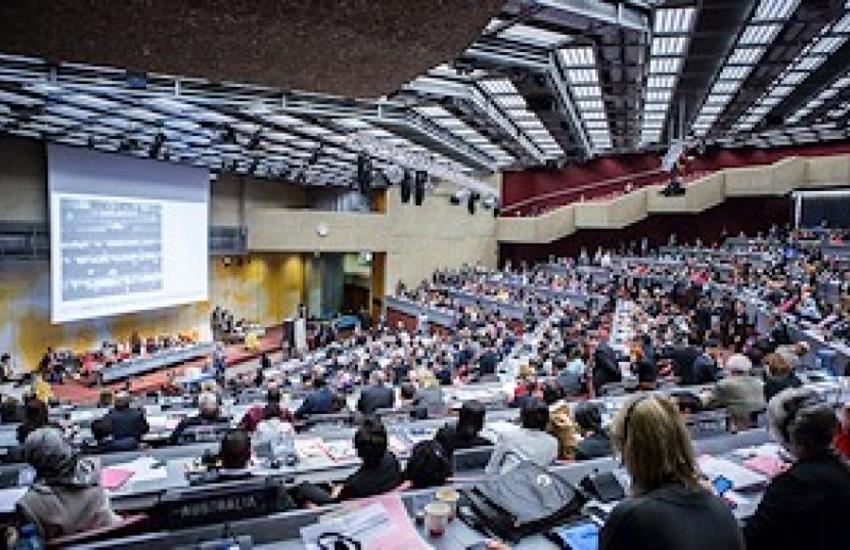 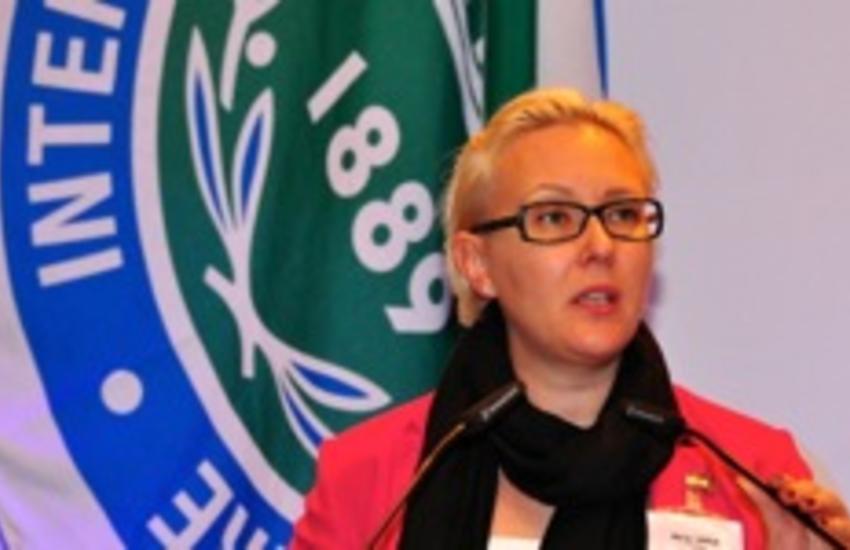