Are parliamentary democracies in danger? International Day of Parliamentarism 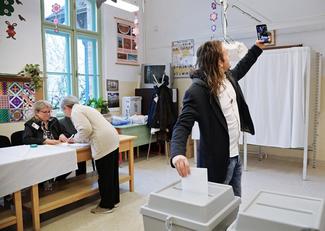 A man at a polling booth in Budapest, Hungary, takes a selfie as he casts his ballot. © Sputnik

Data on parliaments shows a mixed picture on 30 June, the first International Day of Parliamentarism. This date was chosen by the United Nations General Assembly in Resolution 72/278 as it coincides with the foundation of the IPU – the global organization of parliaments – in 1889.

Using its unique, worldwide vantage point, the IPU can offer a snapshot of the state of parliaments in 2018. Data shows that parliaments and democracy are generally strong but they are also facing huge challenges: the rights of a growing number of MPs are being violated; women’s participation in politics is stagnating; young people in many countries continue to be excluded from political decisions that affect their future; and people are losing trust in their political institutions.

However, there are also many success stories as parliaments critically assess themselves, adapt to new technology, and take action to better represent people, and deliver on their expectations. In an age of many problems – from climate change, mass movements of people, to the rise of populism and autocracy – the world needs parliaments more than ever as the core institution of democracy.

In an age of many problems – from climate change, mass movements of people, to the rise of populism and autocracy – the world needs parliaments more than ever as the core institution of democracy. 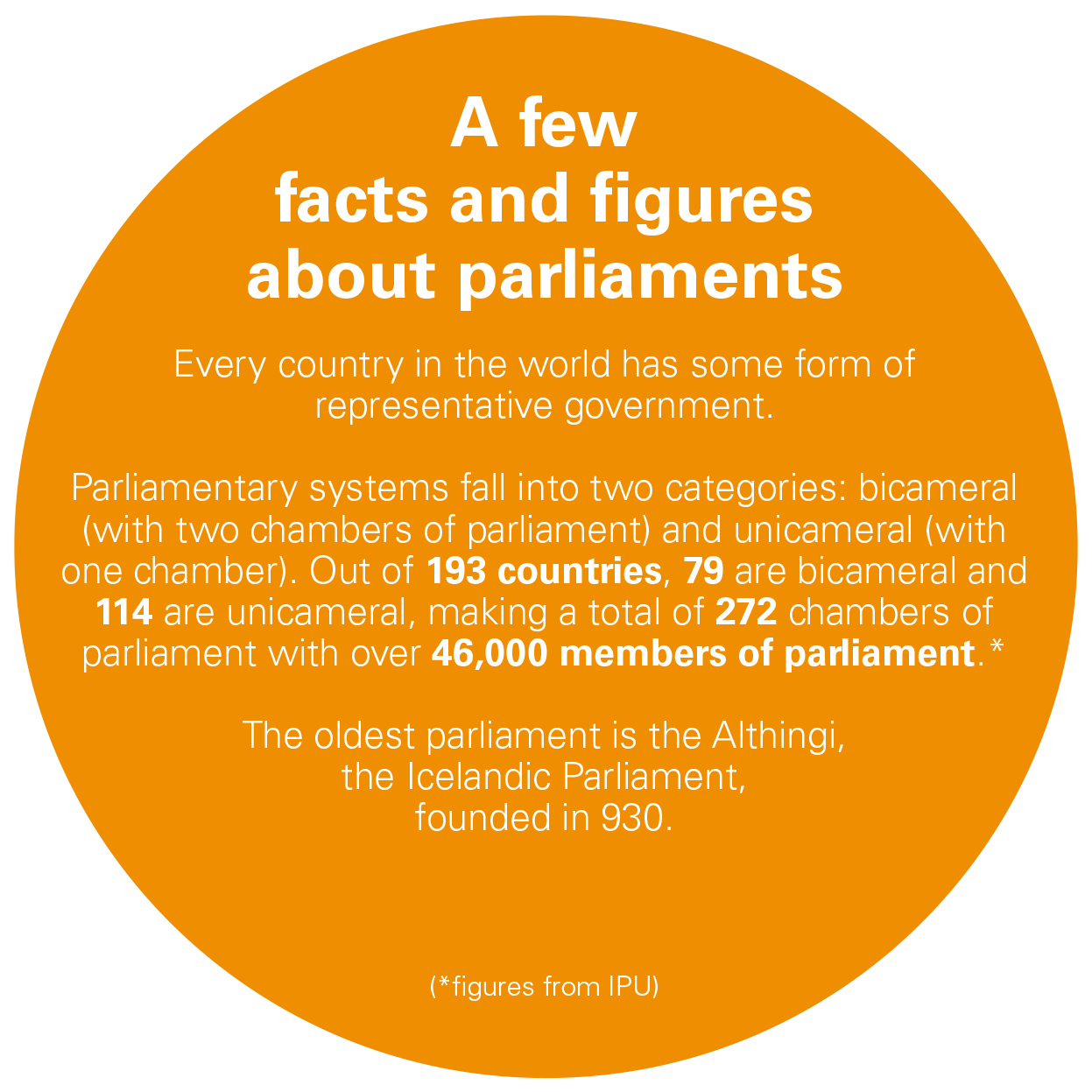 The rights of more and more MPs being violated
The IPU Committee on the Human Rights of Parliamentarians is currently examining the cases of over 550 MPs in 40 countries, one of the highest figures ever recorded. Most of the cases are from the Americas and Asia. A large majority of the cases, (75 percent) concern MPs from opposition parties. About 20 per cent of the cases concern women MPs. The most common violations include MPs being denied a fair trial, suspended from parliament or detained arbitrarily. 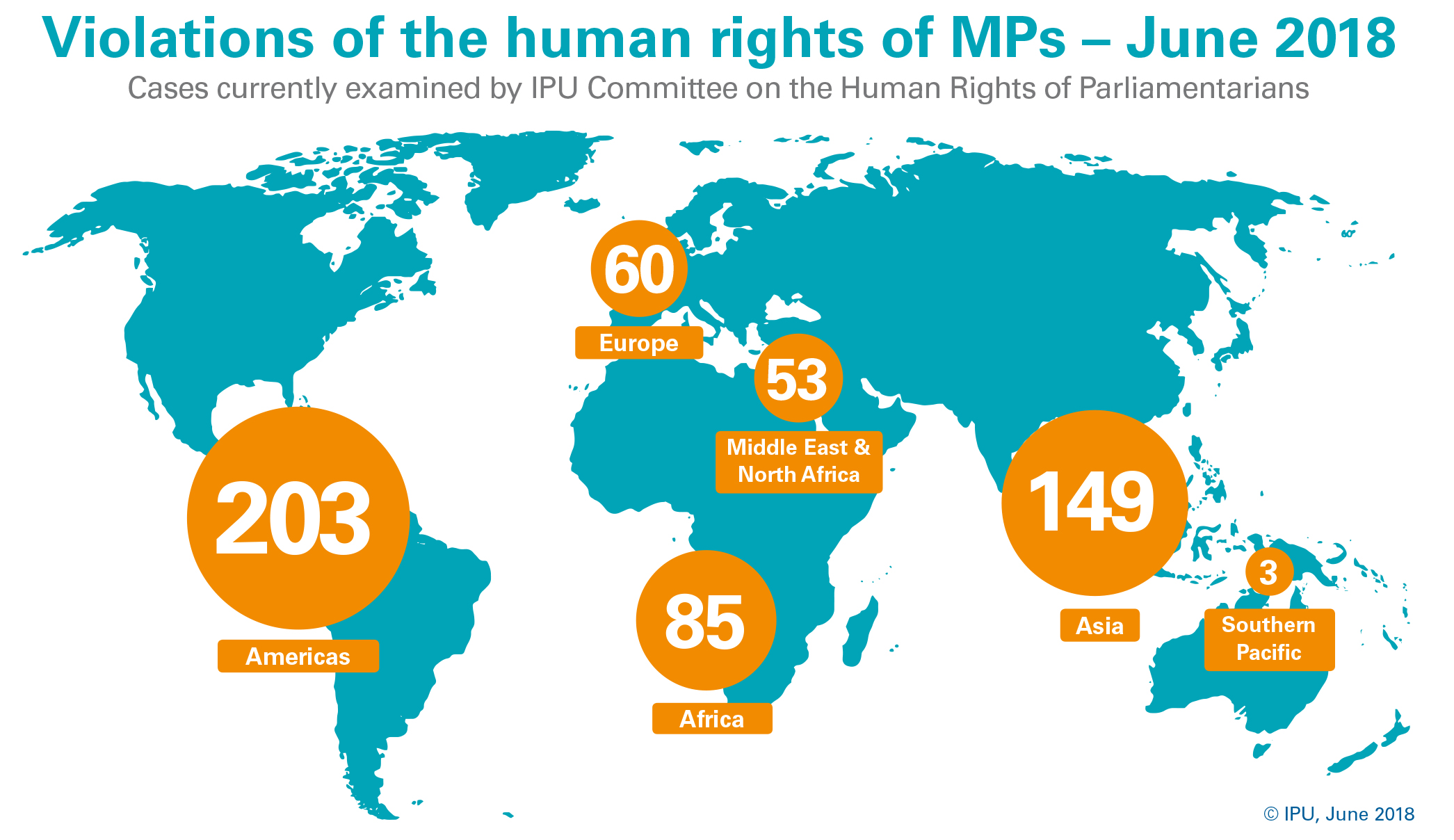 Overall, there has been progress with women’s average share of parliamentary membership increasing from 17 per cent in 2007 to just over 23 per cent today. The group of top 10 countries with the highest number of women MPs has also become more diverse in the last 10 years: the top 10, dominated by European countries in 1998, now also includes sub-Saharan Africa and the Americas. 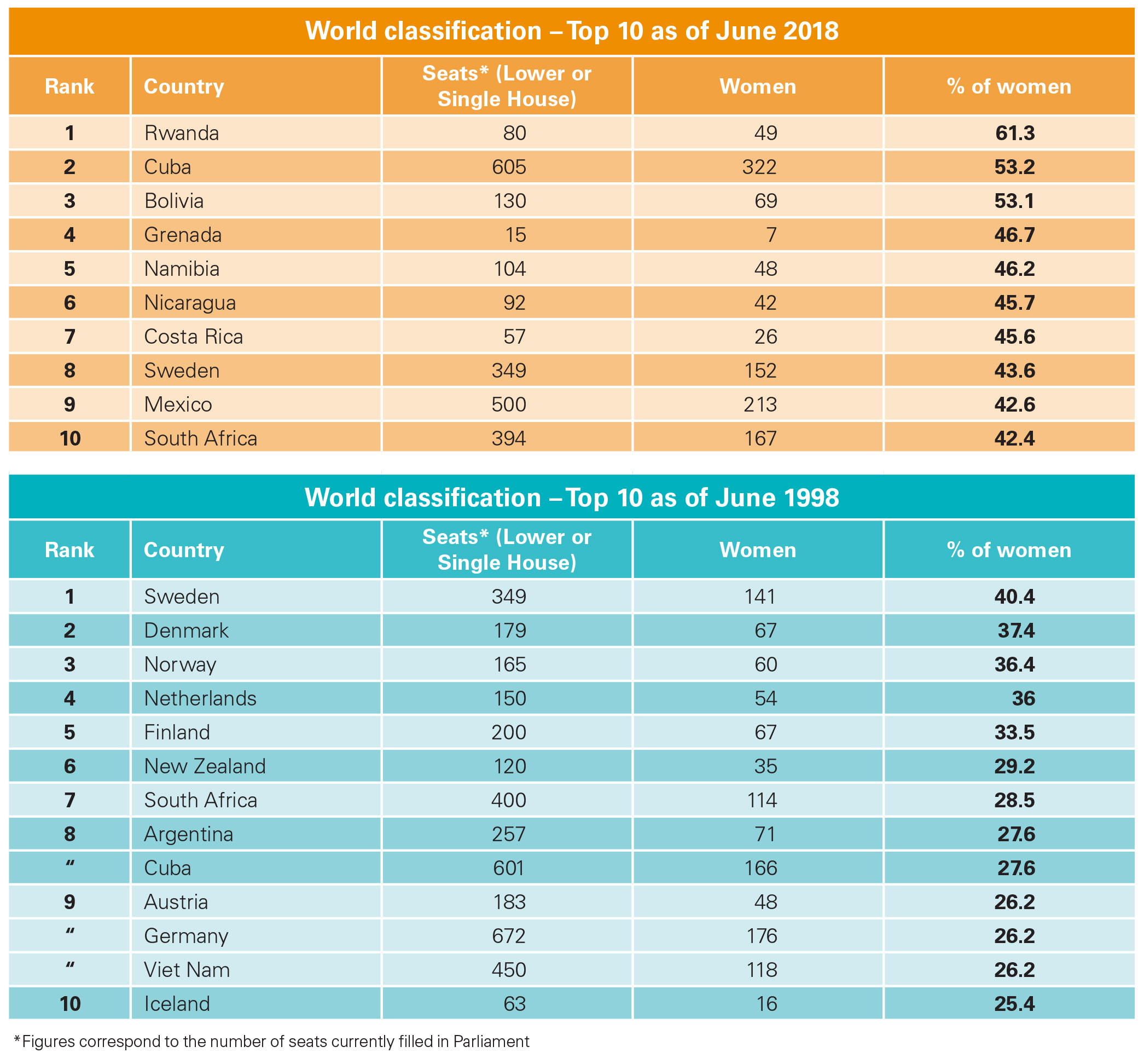 Parliaments, often with IPU support, are rising to the challenge. Women’s parliamentary caucuses are proving to be useful mechanisms to consult women and channel their needs into the work of parliaments. The support provided by the IPU to women’s parliamentary caucuses is beginning to generate tangible results. For example, in 2017, IPU support allowed Mauritania’s caucus of women MPs to travel around the country to consult with women and girls, particularly in rural areas. Following the consultations, MPs of both genders were able to bring and address the socio-economic needs of rural women and girls in the parliament.

...but parliaments are taking action
In the last 10 years, requests for the IPU’s technical assistance have doubled as more and more parliaments ask for help to face these challenges. Based on more than four decades of experience on parliamentary development, the Common Principles for Support to Parliament, designed by the IPU together with partners, offer guidelines for those receiving or providing support to parliaments. The guidelines are designed to improve the quality of the support and to encourage the parliamentary community to work together more effectively.

Statements
Antonio Guterres, Secretary-General of the United Nations, said “As a former parliamentarian, I have felt, firsthand, the responsibility of representing people and trying to advance their aspirations. Through laws and spending decisions, parliaments can contribute significantly to achieving the Sustainable Development Goals – our blueprint for peaceful, resilient societies on a healthy planet. As we mark this new International Day, I express my support for members of parliaments worldwide, as they strive to deliver for the people they serve.” Watch his video message here.

Gabriela Cuevas, IPU President and Mexican Senator, said “An international day of Parliamentarism makes sense at a time when we need to defend democracy, to speak up for freedom and when, more than ever, we need to protect human rights. Our solidarity goes to the people and the parliaments who represent them. This is your day.” Watch her video statement here.

Martin Chungong, IPU Secretary General, said “The IPU works hard every day to help strengthen parliaments as the core institutions of democracy. I wish to extend my encouragement to all parliaments in the world as we celebrate International Day of Parliamentarism. We look forward to working more with you to help improve the lives of the billions of people that you represent.” Watch his video statement here. 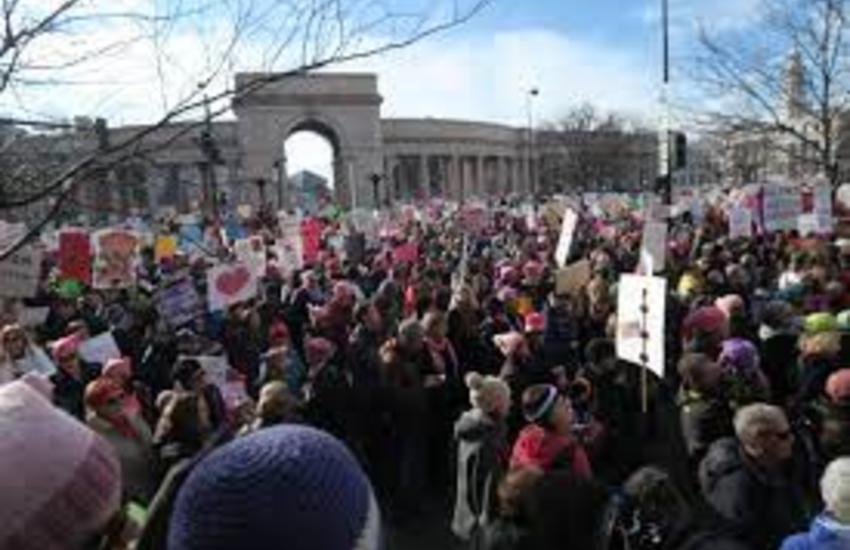 You may not know these 7 quotes on democracy

The International Day of Democracy is celebrated around the world on 15 September each year. It was established at the IPU’s request through a resolution passed by the UN General Assembly in 2007.
Read more
Press releases

The world’s top legislators gathered in Vienna, Austria this week for the first major in-person international parliamentary meeting in over 18 months. The Fifth World Conference of Speakers of Parliament brought together close to 100 Speakers from some 115 national parliaments and the heads of over a dozen regional and other parliamentary organizations.
Read more
News in brief 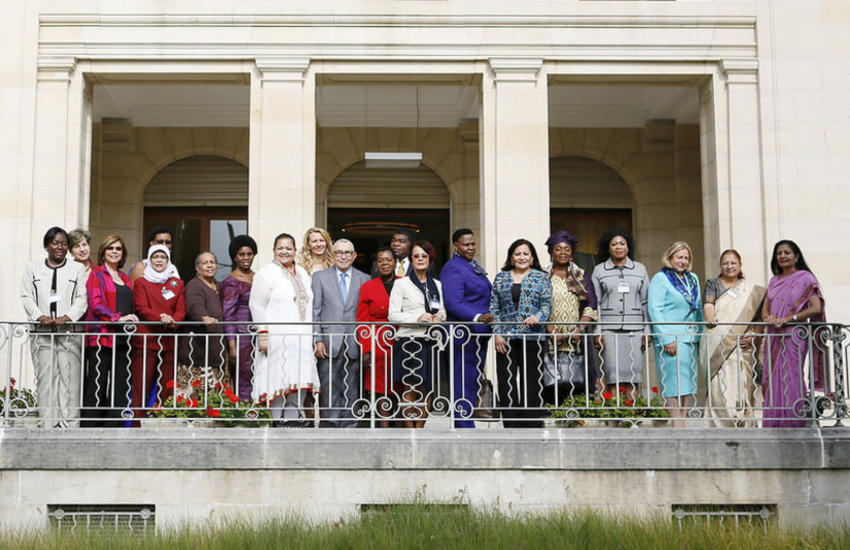 7 things you may not know about Speakers of Parliament

The office of Speaker is an ancient one, with its beginnings going back to the origins of the British Parliament. The Speaker role is an essential feature of the parliamentary system, and of all the Westminster parliamentary traditions, the Speakership has proved to be one of the most durable.
Read more
Press releases 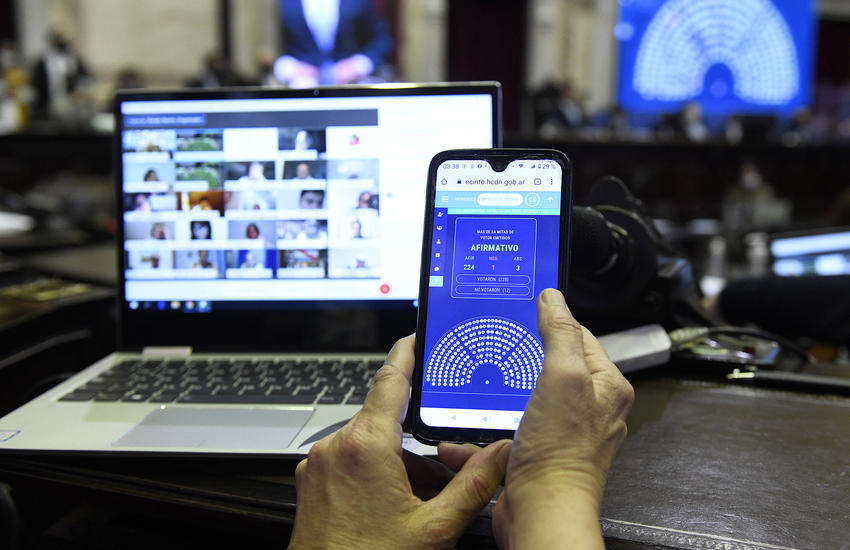 The new edition of the IPU World e-Parliament Report reveals how the COVID-19 pandemic has acted as a catalyst for parliaments, with many embracing new technology to modernize and, as a result, engaging better with the people they represent.
Read more
News in brief

The world when the IPU began

The Inter-Parliamentary Conference for International Arbitration – later called the Inter‑Parliamentary Union – was officially born on 30 June 1889. Its foundation was driven by two remarkable parliamentarians – William Randal Cremer, a British MP and Frédéric Passy, a French MP – who were driven by a passion for international mediation as a means to resolve conflict. It was against a background of challenging international conflicts that demanded a platform for dialogue that the British and French founders created the organization to provide a place for countries to negotiate and arbitrate, instead of clash and conflict.
Read more
Press releases 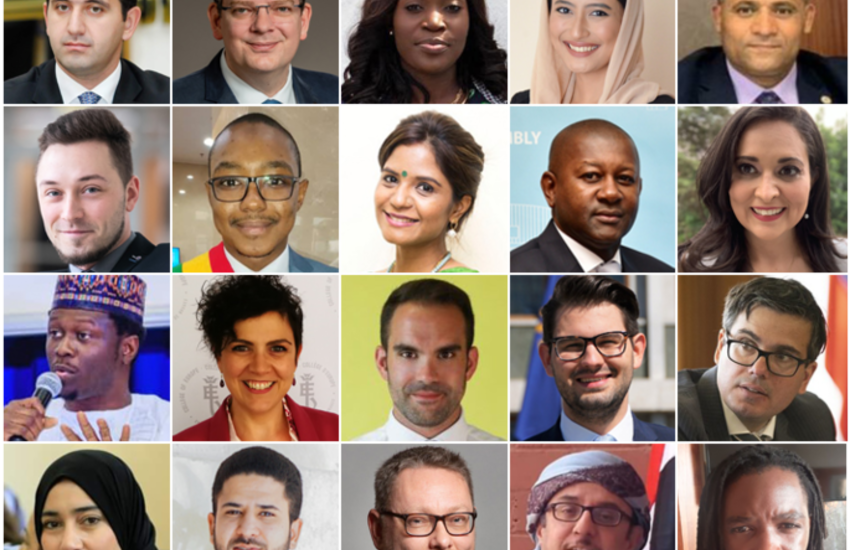 On 30 June, the IPU and its Member Parliaments will mark the International Day of Parliamentarism with a number of events focusing on youth empowerment following the recent launch of the IPU campaign I Say Yes to Youth in Parliament!
Read more