The Secretary General is the head of our Secretariat, elected by our Member Parliaments to run our staff teams in Geneva and New York.

The Secretary General works alongside our President and Executive Committee, playing a critical role in defining and implementing our strategic direction as we work to build democracy.

His work includes expanding our membership, and preparing strategies, draft work programmes and budgets before submitting them to our Executive Committee for decisions and is responsible for implementing them.

The Secretary General is initially elected for a term of four years, which can be renewed. He or she is elected by secret ballot by our Governing Council from a shortlist of applicants approved by our Executive Committee.

There have been only eight Secretaries General since the IPU was founded in 1889. Two of them—Norway’s Christian Lange and Sweden’s Albert Gobat—are among the eight IPU figures who have won the Nobel Peace Prize.

Martin Chungong made double history in 2014 by becoming the first African and first non-European to be elected as IPU Secretary General.

He has more than three decades of experience and knowledge of parliaments at national and international levels. He has dedicated his professional life to promoting and building democracy worldwide.

After 14 years working in the Cameroonian Parliament, he spent more than 20 distinguished years within our organization before being elected IPU Secretary General—the eighth person to hold the position. He had previously served as Deputy Secretary General and Director of Programmes.

He has become a leader in his field through his work on developing programmes to help parliaments become more transparent, accountable, representative and effective democratic institutions.

Martin Chungong has further contributed to establishing governance benchmarks to strengthen democracy, as chair of the Management Committee on Accountability of the Organization for Economic Cooperation and Development (OECD) Governance Network.

He has also built an impressive portfolio in the promotion of dialogue and conflict resolution, issues that remain at the heart of our global work. His focus on helping countries emerge from conflict or in transition has been widely acknowledged by our membership and partners globally.

As part of IPU's commitment to gender parity, Martin Chungong is an International Gender Champion, part of a network of decision makers, male and female, who have committed to breaking down gender barriers.

He is also leading IPU’s work to dramatically reduce maternal and child mortality rates through effective legislation and its implementation, as well as ensuring governments’ accountability to international commitments in this area.

A linguist by training, Martin Chungong speaks English, French and Spanish.  He holds degrees from both the University of Yaoundé and the University of Ottawa. He has been made a Chevalier de l’Ordre de la Pléiade, an honour awarded by what is now known as the International Organisation of La Francophonie to people who have distinguished themselves in the service of its ideals of cooperation and friendship.

He is married to Stella Chungong, a medical doctor.

Follow IPU Secretary General @MartinChungong on Twitter
Latest speeches by the Secretary General
Democracy: is it an end in itself or a tool to be put at the service of humanity?, Swiss Forum for International Affairs, Geneva, 2 May 2019 236.27 KB
Statement to the 40th session of the Human Rights Council - Agenda items 3 and 5, 13 March 2019 269.34 KB
“Parliaments as promoters of human rights, democracy and the rule of law”, 2018 Forum on Human Rights, Democracy and the Rule of Law, 22 November 2018 92.79 KB
The role of parliaments in health and the collaboration between WHO and IPU as a contribution to global health, 25 May 2018 228.09 KB
Towards sustainable, resilient and inclusive societies through the participation of all, 23 May 2018 139.3 KB
Allocution at the opening ceremony of the second ordinary session of the Togolese National Assembly (French only) 308.53 KB
IPU Statement on the High Level Political Forum on sustainable development at the United Nations– New York, 20 July 2017 224.76 KB
Speech on the occasion of the launch of the Roadmap for Substantive Equality: 2030 227.45 KB
Address at the UNODC Regional Workshop for Parliamentarians 283.51 KB
Speech
Secretary General 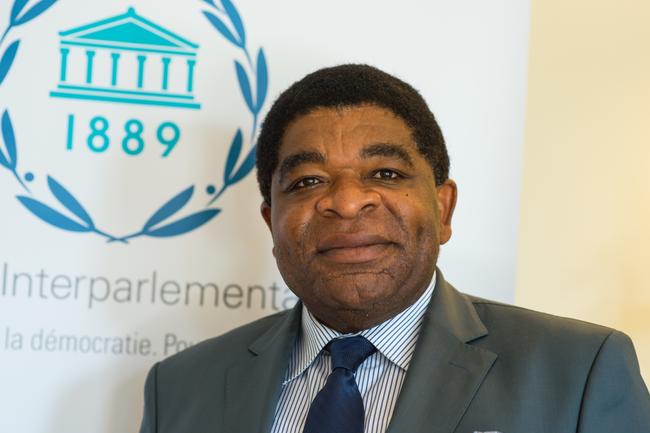